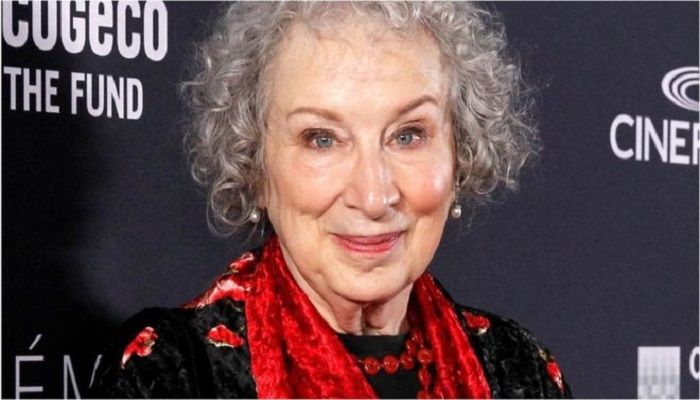 ﻿Some lucky readers who pre-ordered Margaret Atwood's follow-up to The Handmaid's Tale received it a week early after a mix-up by Amazon.

The publisher of The Testaments said "a very small number of copies" were sent in the US "due to a retailer error".

Penguin Random House had instructed sellers to keep it strictly under wraps until its release on 10 September.

Amazon did not respond to requests for comment. Penguin Random House would not confirm how many copies were sent, but The Guardian put the figure at 800.

The Testaments is the most eagerly-anticipated title of the year, and comes 34 years after Atwood's original. It has already been shortlisted for The Booker Prize.

The error angered other retailers, who said they would be punished if they made the same mistake, and suspected Amazon would not face the same consequences.

The American Booksellers Association expressed its "strong disappointment regarding this flagrant violation of the agreed protocol in releasing this book to the public".

Lexi Beach, owner of New York's Astoria Bookshop, said she had to sign an embargo agreement promising that copies of the book would be "stored in a monitored and locked, secured area and not placed on the selling floor prior to the on-sale date".

In a statement, Penguin Random House said: "In the US a very small number of copies of Margaret Atwood's The Testaments were distributed early due to a retailer error which has now been rectified.

"We appreciate that readers have been waiting patiently, in some cases for more than 30 years, for the much-anticipated sequel to the bestselling The Handmaid's Tale. In order to ensure our readers around the world receive their copies on the same day, our global publication date remains Tuesday 10th September."

The strict security measures included sending review copies to critics with a fake title and cover, according to the Washington Post's Ron Charles.