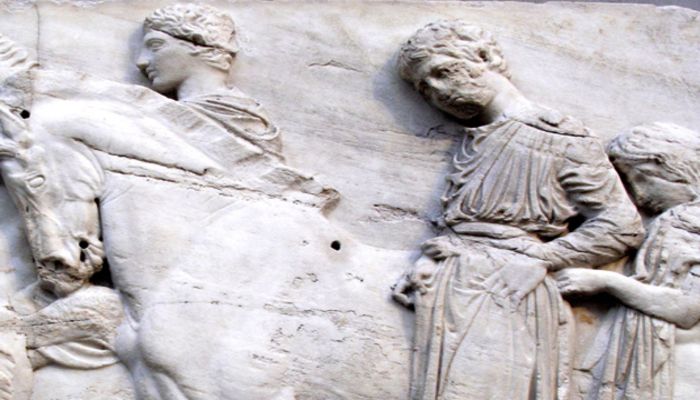 Chinese President Xi Jinping on Tuesday urged Britain to return the Parthenon Marbles to Greece, moving into a decades-old conflict between the countries over the ownership of the sculptures.

The ancient friezes, which include depictions of battles between mythical ancient Greeks and centaurs, were taken by British diplomat Lord Elgin in the early 19th century and are now on display at the British Museum in London.

Britain has always refused to return the carvings — often still known as the Elgin Marbles — arguing that they were taken with the permission of local Ottoman rulers at the time.

Xi toured the Acropolis Museum, built partly to house the Parthenon Marbles, during a three-day visit to Athens and told his hosts he agreed with them that the sculptures should be returned.

Greece has been campaigning for three decades for their return, arguing that the Ottoman empire was an occupying force and any permission granted during its time is not valid.

But in recent years the Greek government has taken a more diplomatic path, asking the UN’s cultural agency UNESCO to mediate, an offer rejected by the British Museum.

Prime Minister Kyriakos Mitsotakis, elected in July, made an official request for the loan of marbles for the 200th-anniversary celebrations of Greek independence in 2021.

The British Museum has said it would examine any request from Greece to borrow exhibits.