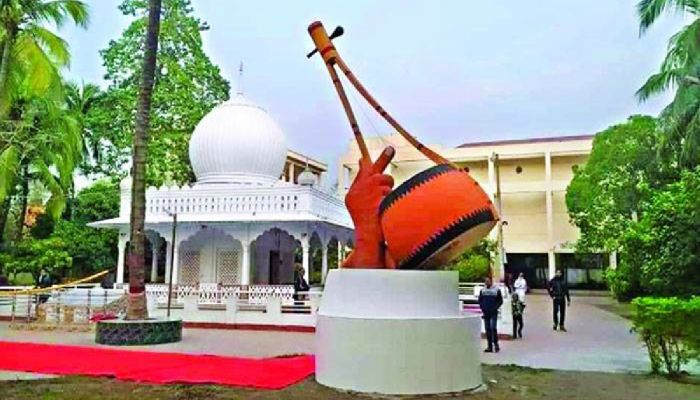 The three-day festival is scheduled to begin on Sunday afternoon at Lalon Akhra in the village of Chheuria in Kumarkhali Upazila, recalling the legendary Baul Lalon Shah.

The Lalon Academy, in collaboration with the Ministry of Culture, is coordinating the gathering. Thousands of admirers from home and abroad have already met in Akhra to take part in the festival.

The festival will include interactive discussions, Baul songs by Lalon Academy musicians and popular singers, fairs and curated cultural performances.

Tight security has been put in place to ensure the safety of the devotees.

Lalon Shah was a Baul, a poet, a songwriter, a performer, a social reformer, a liberal theorist. It has become an icon of religious tolerance and secularism in the culture of Bengali.