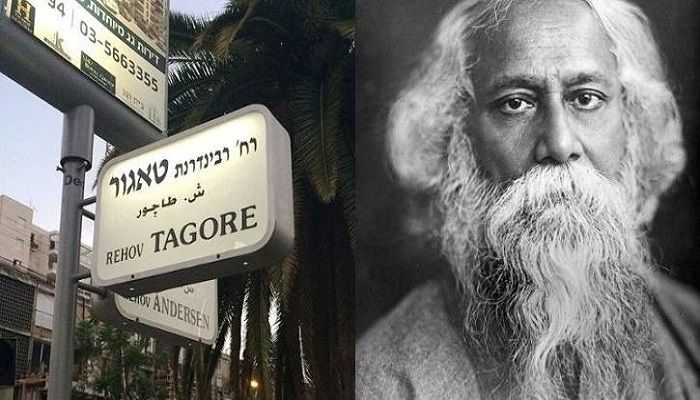 The world celebrated the 159th birth anniversary of Rabindranath Tagore On May 7, the Bard of Bengal.

Among Tagore's most permanent marks on history, is his penning of the Indian and the Bangladeshi national anthem.

He left a mark not only on India and the neighboring countries but also across the globe. That is the reason Israel paid tribute to him on his birth anniversary, by naming a street after him.

The naming of the street took place to commemorate the poet's birth anniversary.

The street named after Rabindranath Tagore is in Tel Aviv. The information was shared on Twitter by the official handle of Israel in India with the caption, 'We honor #RabindranathTagore today and every day, as we named a street in Tel Aviv in memory of his valuable contribution to mankind'.

Rabindranath Tagore was a renowned writer and a poet, a strong voice of resistance in Art against the British colonial rule; when the British offered him knighthood - he refused it.

In 1913, he was the first person in India to receive a Nobel prize, ever. He won it for Literature. Rabindra Sangeet is his legacy.

He is considered as one of the precursors of the Bengali Renaissance and his writings are hailed one of the finest pieces of work in Indian Literature, an integral part of art courses in colleges and universities.