Book Fair to Be Held in Traditional Way 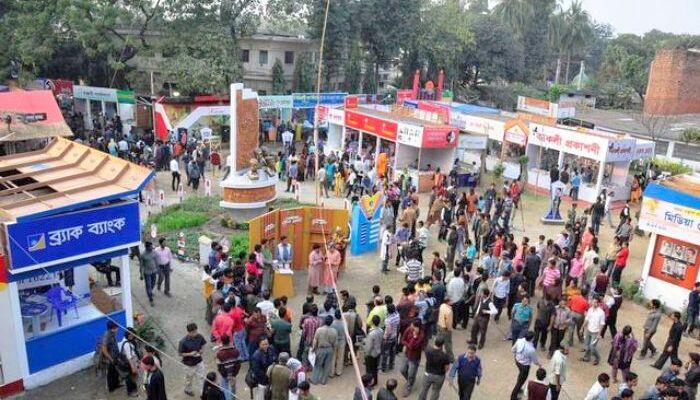 ﻿The month-long Amar Ekushey Book Fair 2021 will be held this year in a traditional way, not virtually.

A proposal will be sent to Prime Minister Sheikh Hasina proposing ‘February 20’, ‘March 7’ and ‘March 17′ as a possible date to commence the book fair, State Minister for Cultural Affairs KM Khalid told on Sunday.

He was addressing a special press conference today at Shamsur Rahman Seminar Room at Bangla Academy premises after holding a meeting with publishers.

He said, ''Today we have discussed how we can organize the book fair in the fastest possible time if the Covid-19 situation get controlled or the vaccination is commenced in the country. However, we decided to organize the fair physically, not virtually.''

''We have been planning to commence the fair from February 1, but it's getting impossible. Now, we want to end the fair before Ramdan, to be started from April 12, and thus we will give proposal to premier with three congenial dates,'' he added.

Earlier, a meeting of publishers was also held with State Minister for Cultural Affairs KM Khalid and Director General of Bangla Academy Habibullah Siraji at 11:00 am this morning.

Replying to a query of journalist whether the fair will be start from February 20 or not, the minister said ''We can start the fair on February 20, if the Covid-19 situation get under control or vaccination is started by the time. Otherwise, it will not be possible to start the fair before March.''

Director-General of Bangla Academy Habibullah Siraji said, ''We are ready to start the fair on any three dates. However, we will be waiting for the approval from premier as it now depends on her consent''.

''If the premier allows us, we will commence the book fair from February 20 with special management to hold the spirit of Amar Ekush, though it will be a little bit difficult for us,'' he added.

Earlier, Bangla Academy had announced to organize the fair virtually instead of traditional way considering the pandemic situation. However, some authors and publishers gave consent while some others disagreed with the decision.