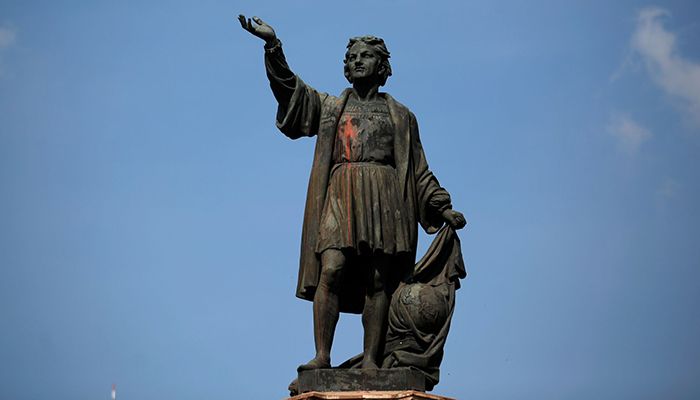 ﻿A statue of Christopher Columbus in the heart of Mexico City will be replaced by one of an indigenous woman, authorities said Monday, days before the country's 200th independence anniversary, reports AFP.

The figure of the Italian navigator, which was removed from Reforma Avenue last year as protesters vowed to topple it, will be moved to "a safe, dignified" place, the National Institute of Anthropology and History said.

It will be replaced by a sculpture of an indigenous Olmec woman made by the Mexican artist Pedro Reyes, Mexico City Mayor Claudia Sheinbaum said.

"It is precisely indigenous women who have perhaps had the greatest burden in the history of Mexico and to whom the least recognition has been given," she said.

The decision also represents an act of "social justice," Sheinbaum added, as well as recognition of 500 years of "indigenous resistance" since the Spanish conquest.

Activist groups last year organized a protest called "We're going to knock it down" for Monday, October 12, the date marking Columbus' arrival in America in 1492. In Mexico, the date is commemorated as Dia de la Raza (Day of the Race), in recognition of the country's mixed indigenous and European heritage.

Mexico City's statue, which had been damaged in 1992, was installed on Reforma Avenue in 1877.

The culture ministry said at the time of its removal that the statue was taken down for restoration.