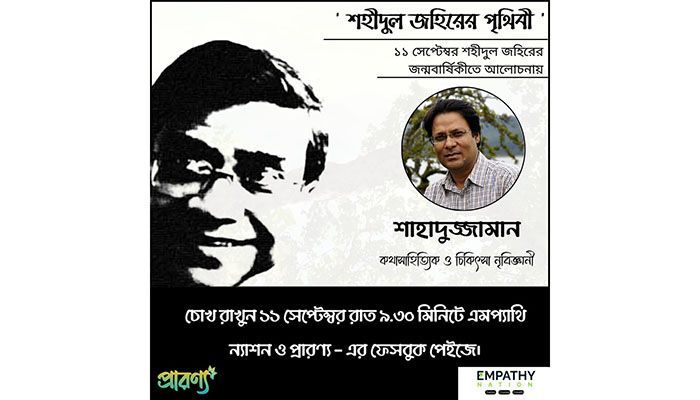 ﻿﻿﻿Shahidul Zahir is a Bangladeshi renowned novelist who invents a new genre in Bengali literary fiction. His 68th birth anniversary will be observed on September 11.

He received the Alaol Literary Award and the Kagaj Literary Award in 2004 for his contribution to literature during his lifetime. Many films, television and plays have been adopted from his stories and novels.

Marking Shahidul Zahir's birth anniversary on September 11 at 9.30 pm, a special event is going to be held on Facebook by Empathy Nation and Praranya.

Literary, researcher and medical anthropologist Shahaduzzaman will be joined in the program.