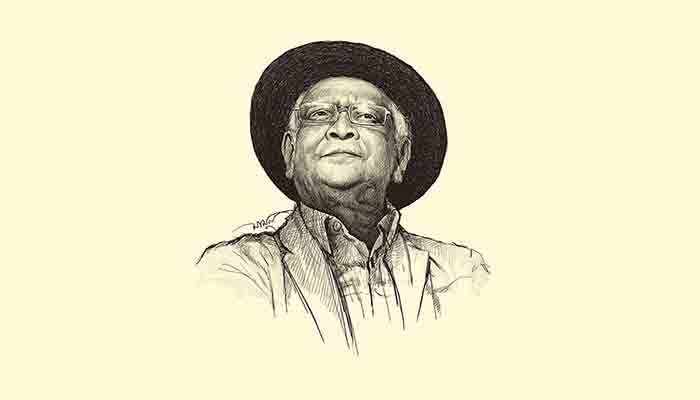 The 73rd birth anniversary of the polymath (November 13, 1948-July 19, 2012), best known for his fictional characterisations and ‘magic-realism based writings, is being observed across Bangladesh on Saturday.

Making his breakthrough with debut novel Nondito Noroke (1972), Humayun wrote more than 200 fiction and non-fictions, all bestsellers in Bangladesh.

Humayun also explored success as a filmmaker in the early 1990s and went on to make a total of eight films in his filmmaking career, each based on his own novels. Two of his films, 'Sjyamol Chhaya' (2004) and 'Ghetuputra Komola' (2012), were the official Bangladeshi submissions for the Academy Award for Best Foreign Language Film in their respective releasing years.

Himu Paribahan, a noted fan group of the eminent writer, has been observing his birth anniversary for many years. It organised a special procession where the members walked barefoot on the Dhaka University campus and placed floral wreaths on Humayun’s grave in Nuhash Polli, Gazipur, in the morning.

The group will screen Humayun-directed films at Munier Chowdhury Auditorium at DU at 3.30 pm and arrange discussions and a cultural programme in the evening.

Eminent Bangladeshi writer Selina Hossain won the award for her contribution to Bangla literature, while writer Fatema Abedin Nazla won the award in Young Litterateur Category, which is awarded to under 40-year-old writers, for her collection of stories 'Mrito Albatross er Chokh'.

KM Khalid, State Minister for Cultural Affairs, was present as the chief guest and ruling Awami League lawmaker Asaduzzaman Noor was present as the guest of honour at the programme. They handed over the awards to the recipients at the event, presided over by former Dhaka University professor Syed Manzoorul Islam who also headed the award jury.

Since 2015, the ceremony is being held annually on November 12, the day before the eminent polymath's birth anniversary.