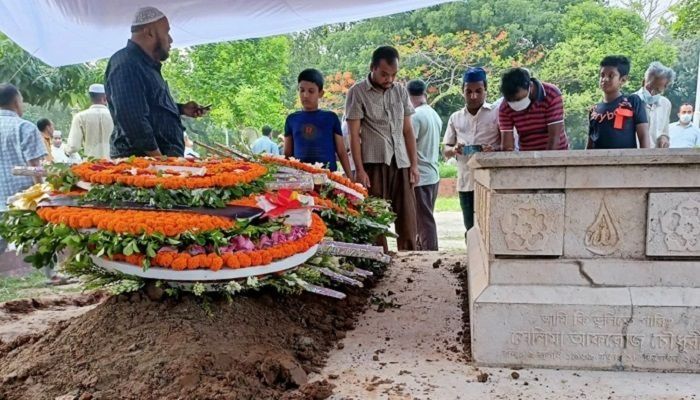 ﻿Noted journalist, columnist, and lyricist Abdul Gaffar Chowdhury was laid to eternal rest beside her wife’s grave at the Mirpur Martyred Intellectuals’ Graveyard in the capital on Saturday afternoon, reports media.

His body was taken to the central Shaheed Minar in the morning. People from all walks of life paid their respects to him till 3:00 pm. After that, his namaj-e-janaza was held at the central mosque of Dhaka University at 3:30 pm.

A flight of Biman Bangladesh Airlines carrying the body of the celebrated journalist landed at Hazrat Shahjalal International Airport at about 11:15 am today. 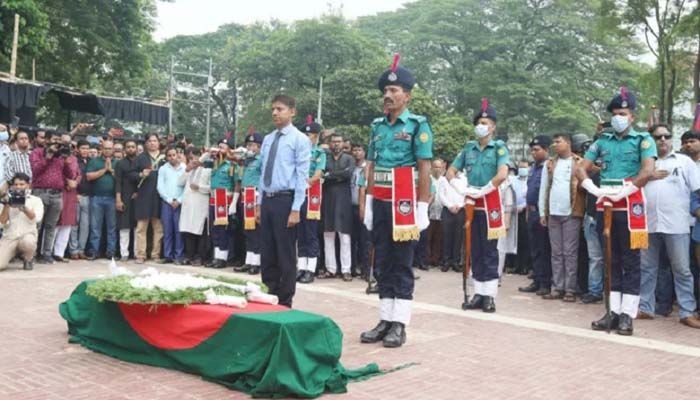 The 87-year-old Language Movement veteran and valiant freedom fighter died of cardiac arrest at a hospital in London on May 19.