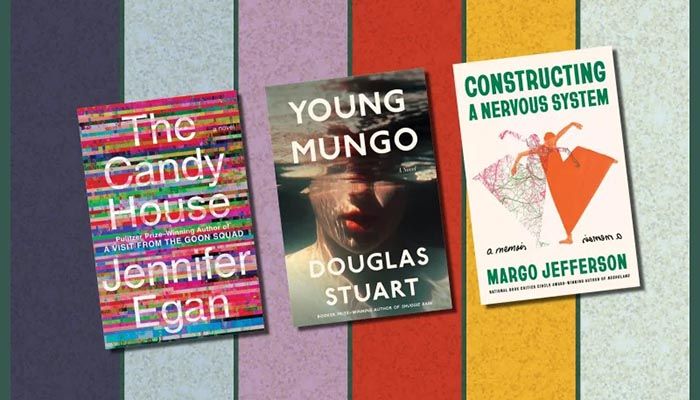 ﻿﻿In a time that continues to be marked by uncertainty and devastation, books can provide solace and, perhaps, some answers to the biggest questions that arise when living through crises. The best books of the year so far pick apart what it means to grieve, how to love after loss, and what it takes to survive the unthinkable. In his celebrated new poetry collection, Ocean Vuong picks up the pieces of his life following the death of his mother. Jessamine Chan examines the lengths a parent will go for her child in her startling debut novel. And Margo Jefferson explores the relationship between art and humanity in her brilliant second memoir. Their stories, along with several others, offer a comforting reminder that we all grapple with hardship—and that there is light, even in the darkest of situations. 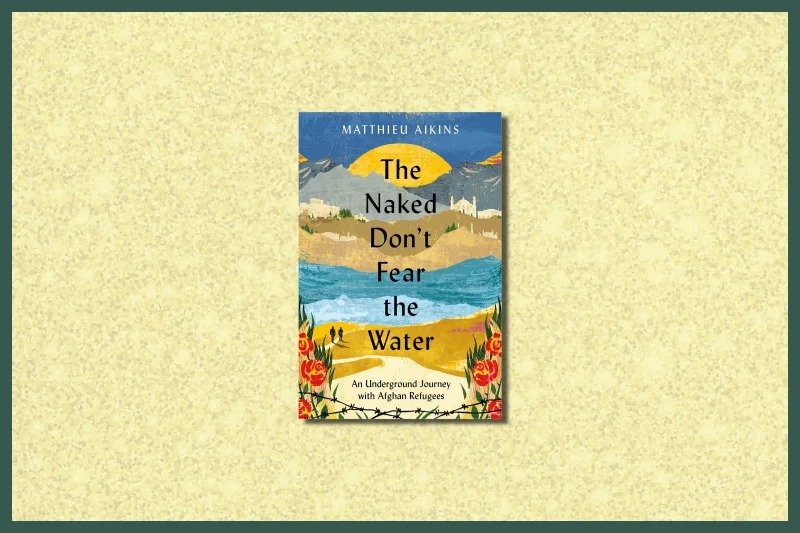 In 2016, Canadian journalist Matthieu Aikins went undercover, forgoing his passport and identity, to join his Afghan friend Omar who was fleeing his war-torn country and leaving the woman he loved behind. Their harrowing experience is the basis for Aikins’ book The Naked Don’t Fear the Water, which chronicles the duo’s dangerous and emotional journey on the refugee trail from Afghanistan to Europe. As they are confronted with the many realities of war, Aikins spares no details in his urgent and empathetic narrative. 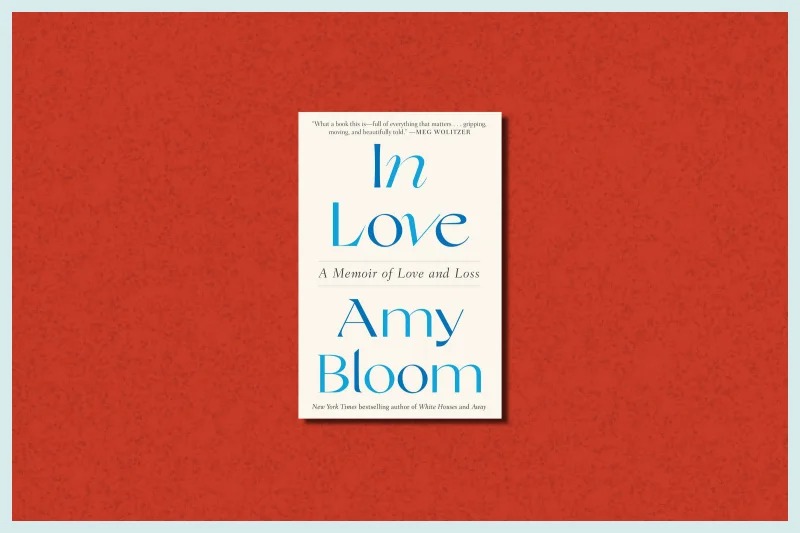 The first pages of Amy Bloom’s memoir set up the book’s devastating ending: It’s January 2020 and Bloom and her husband are traveling to Switzerland, but only Bloom will return home. Her husband plans to end his life through a program based in Zurich. He has Alzheimer’s and wants to die on his terms. Bloom introduces these facts swiftly and then packs an emotional punch: The next time she’s on an airplane, she’ll be flying alone. From there, Bloom details her husband’s wrenching decision and all that led up to their trip abroad. Though In Love is rooted in an impossibly sad situation, Bloom’s narrative is more than just an expertly crafted narrative on death and grief. It’s a beautiful love letter from a wife to her husband, rendered in the most delicate terms, about the life they shared together. 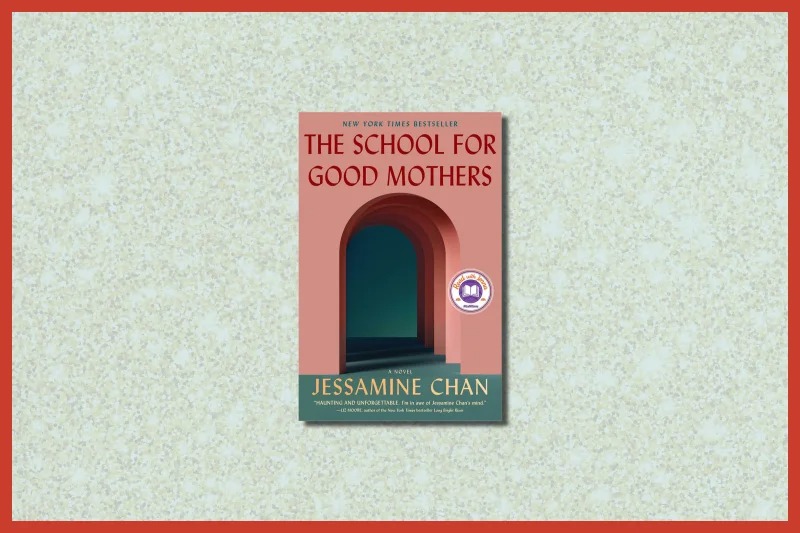 Frida Liu is a 30-something single mother struggling to keep up with the demands of her office job and raising her 18-month-old daughter after her husband left her for a younger woman. In Jessamine Chan’s unsettling debut novel, we begin on Frida’s worst day, when her lack of sleep has caused a lapse in judgment and she leaves her baby at home alone for two hours. Soon, Frida is sent to a government run facility with other mothers deemed “failures” by the state. Reminiscent of The Handmaid’s Tale, this eerie page-turner is a captivating depiction of a dystopian world that feels entirely possible. It’s not only the gripping story of Frida’s personal struggle, but also a thought-provoking work of commentary on American motherhood. 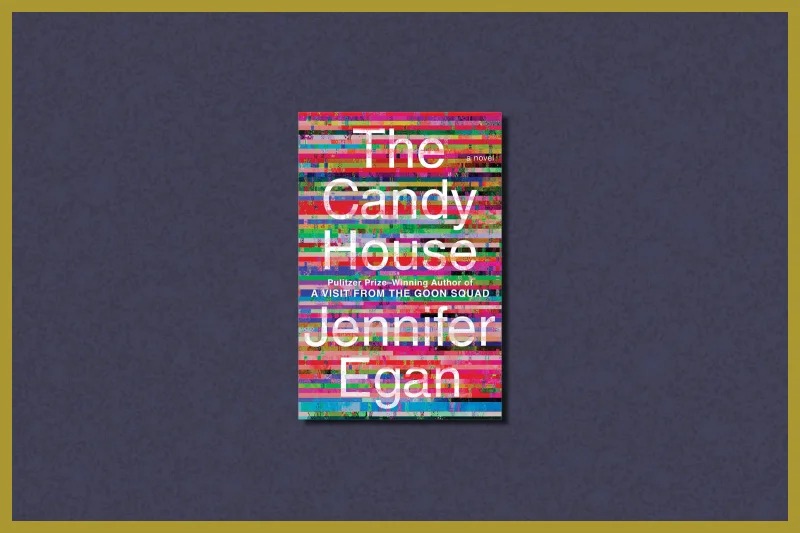 One of the most anticipated books of the year, The Candy House is Jennifer Egan’s follow up to her Pulitzer Prize-winning 2010 novel A Visit from the Goon Squad. That book was hailed for its innovative structure—one chapter was written as a Powerpoint presentation—and the new narrative follows suit in its impressive construction. This time, Egan spins fresh commentary on technology, memory, and privacy through 14 interlinked stories. In them, a machine called Own your Unconscious allows people to revisit any memories from their past whenever they want—if only they make those memories accessible to everyone else. It’s a thrilling concept brought together by Egan’s astute hand, offering a powerful look at how we live in an increasingly interconnected world. 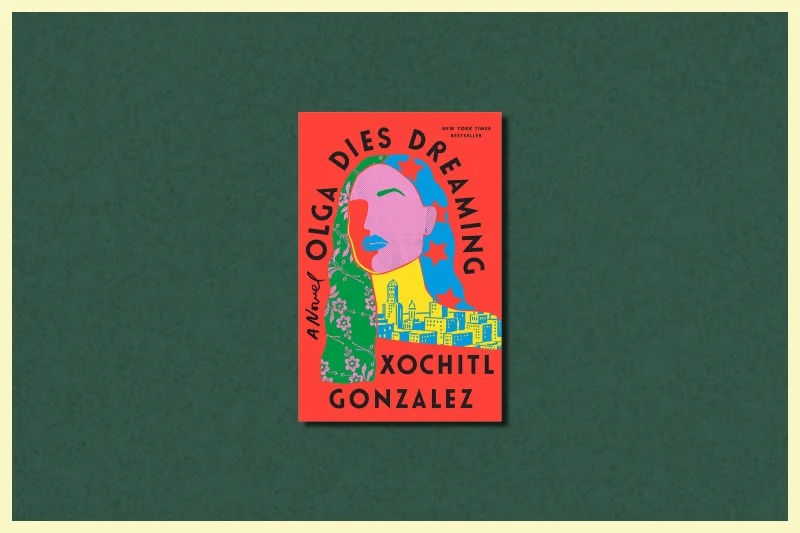 It’s the summer of 2017 and Olga Acevedo is seemingly thriving: She’s a wedding planner for the Manhattan elite and living in a posh (and rapidly gentrifying) Brooklyn neighborhood. The protagonist of Xochitl Gonzalez’s absorbing debut novel had humble origins as the daughter of Puerto Rican activists, raised by her grandmother in another part of the borough where she taught herself everything she needed to know to be where she is today. But in Olga Dies Dreaming, the reality of Olga’s self-made success is more complicated. She struggles with the loneliness that has accompanied meeting her lofty goals, and she’s haunted by the absence of the mother who abandoned her family when Olga was just 12 years old. As hurricane season in Puerto Rico amps up, Olga begins to grapple with family secrets just as she falls in love for the first time. What ensues is a thoughtfully depicted romantic comedy full of domestic strife, executed in Gonzalez’s vibrant prose. 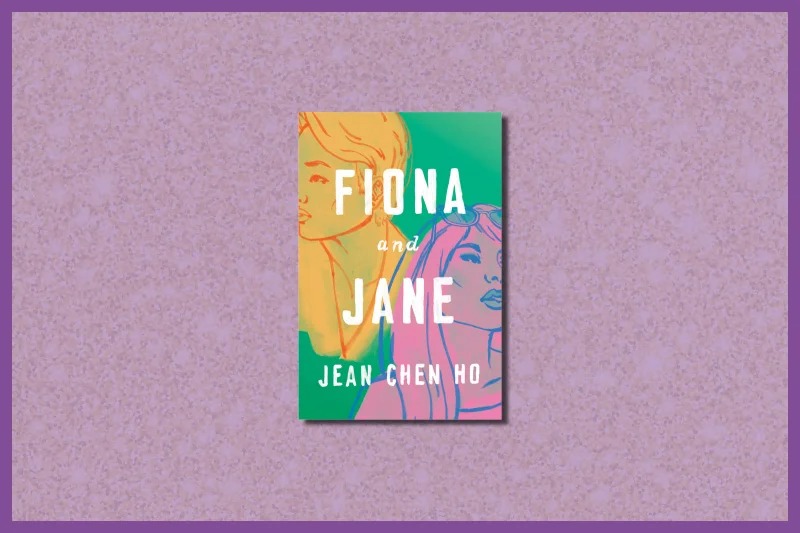 In her debut short story collection, Jean Chen Ho traces the evolution of a friendship between two Taiwanese American women for two decades. In interlinked narratives, told in alternating voices, Ho captures what makes female friendship so special by following these characters from their adolescence and beyond. Fiona and Jane’s bond is constantly tested, particularly as they navigate loss, breakups, and betrayal, but they always find their way back to each other. In intimate and layered terms, Ho describes the love that keeps their friendship together, even when life tries to pull them apart. 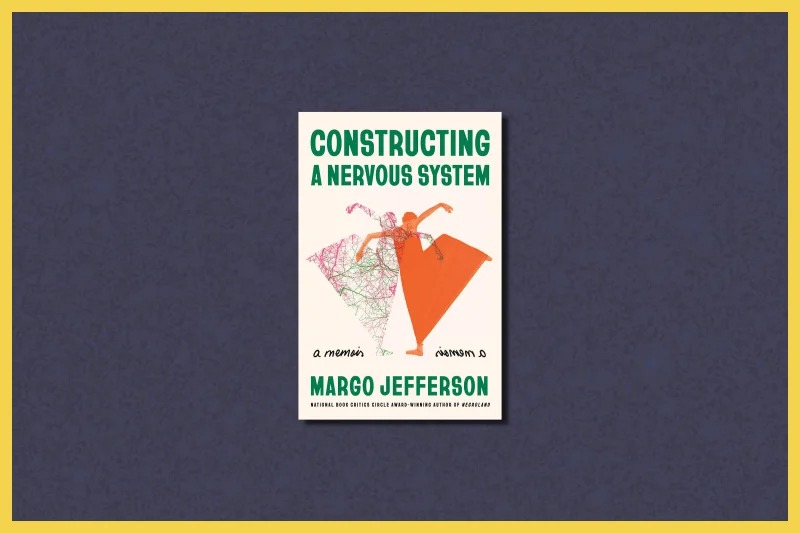 In 2015, the Pulitzer Prize-winning cultural critic Margo Jefferson released her debut memoir Negroland. In the award-winning book, Jefferson reflected on her life as she reckoned with what it meant to grow up as a privileged Black person in a wealthy area of Chicago, crafting a searing examination of race and class in America. The author now returns with a bruising second memoir that goes beyond her personal story, blending criticism and autobiography. Constructing A Nervous System is an exciting collection of Jefferson’s thoughts and musings on the world, from her love of Ella Fitzgerald and Bud Powell to her own writing process. 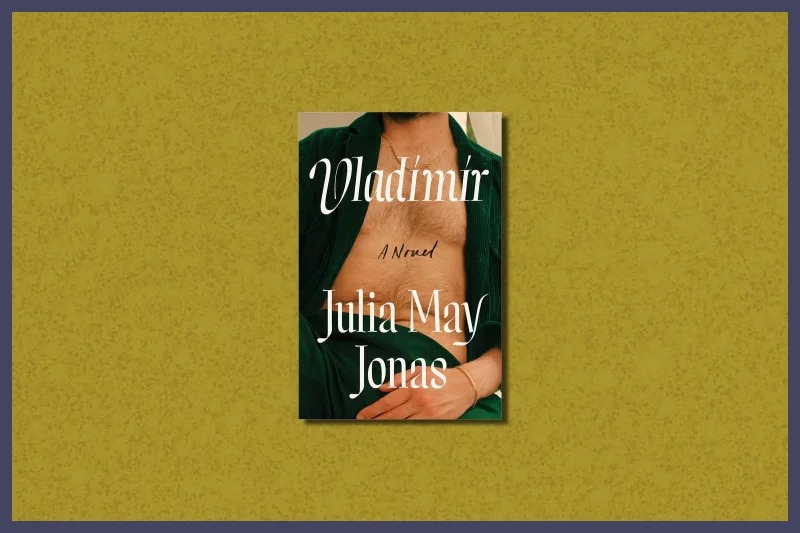 Julia May Jonas’ outrageously fun and discomfiting debut Vladimir puts an unexpected twist on the traditional campus novel. Her narrator is a prickly English professor at a small liberal arts college who has developed a crush on her department’s latest recruit. Meanwhile, an investigation into her husband, the chair of the same department, looms large. He’s been accused of having inappropriate relationships with former students, but our protagonist could care less. As her feelings for the new hire enter increasingly dark territory, Jonas unravels a taut and bold narrative about power, ambition, and female desire.

Life Between the Tides, Adam Nicolson 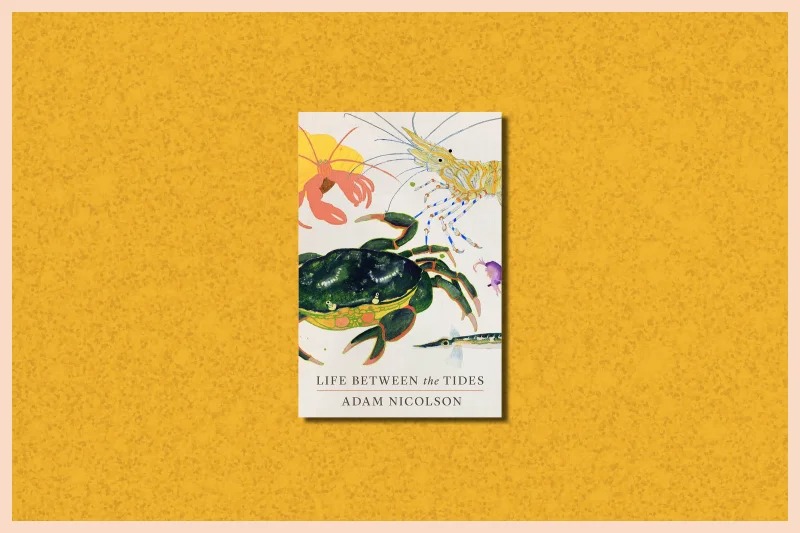 Historian Adam Nicolson dissects all aspects of marine life to make stirring observations about crustaceans, humans, and the world in which we all live in this deftly reported book. In Life Between the Tides, Nicolson zeroes in on the tide pools he creates in a Scottish bay, which he describes in lyrical and engaging prose. Blending scientific research, philosophy, and moving commentary on what it means to live, Nicolson’s book defies genre categorization as the author, with the help of stunning illustrations, strives to tackle the biggest questions about humanity through investigating a sliver of the sea’s inhabitants. 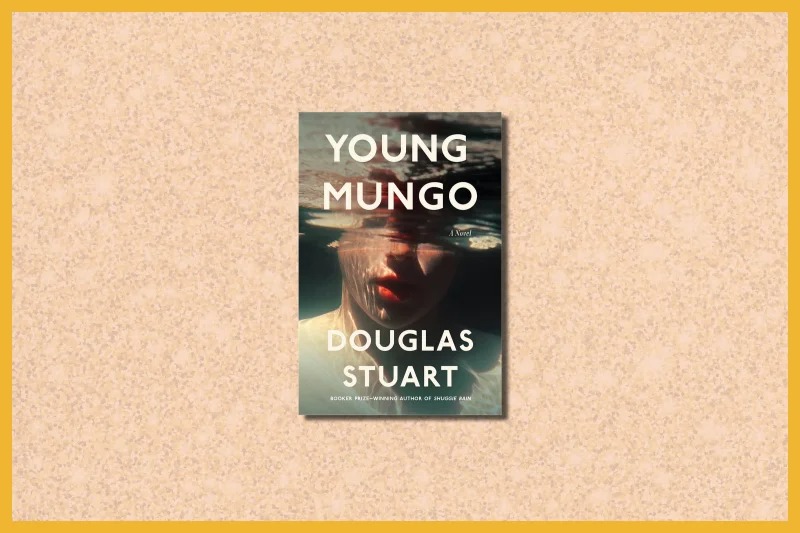 The latest novel from Douglas Stuart shares a lot in common with his first, the Booker Prize-winning Shuggie Bain. In both, young men live in working-class Glasglow in the late 20th century with their alcoholic mothers. This time, the narrative focuses on the love story between two boys, Mungo and James, and the dangers that surround their romance. It’s a piercing examination of the violence inflicted upon queer people and a gripping portrayal of the lengths to which one will go to fight for love.

The Books of Jacob, Olga Tokarczuk 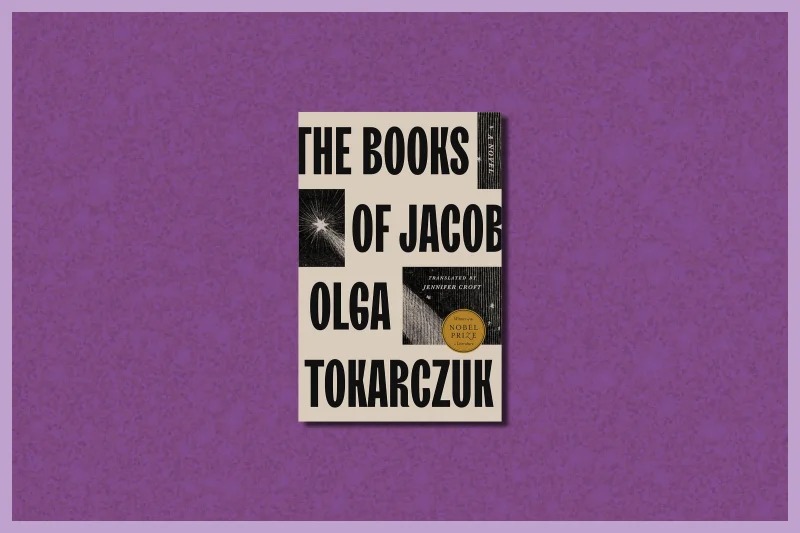 It’s been such a treat to read through Nobel Prize winner Olga Tokarczuk’s catalog as her books are being translated from Polish and released in English. The latest, translated by Jennifer Croft, is perhaps the author’s most ambitious. The Books of Jacob is a sprawling narrative set in the mid-18th century about a self-proclaimed Messiah who travels the Hapsburg and Ottoman empires. At more than 900 pages, the novel is a gigantic undertaking, but Tokarczuk fills the chapters with delectable prose to paint a portrait of this complicated man—based on a real-life figure—through the perspectives of the people in his life. In doing so, Tokarczuk creates a compelling psychological profile of a mysterious leader that masterfully oscillates between humor and tragedy.

Time Is a Mother, Ocean Vuong 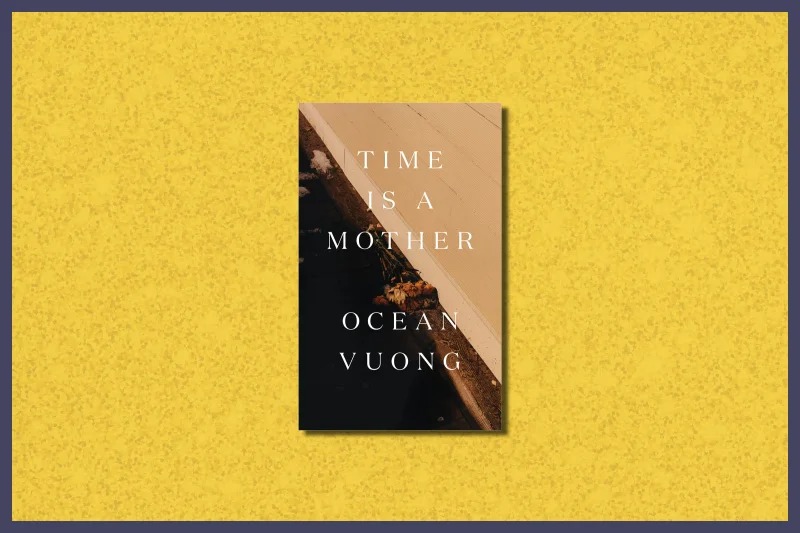 Ocean Vuong’s second poetry collection finds the acclaimed writer wrestling with grief after he lost his mother to breast cancer in 2019. Like his novel On Earth We’re Briefly Gorgeous, this collection is a tender exploration of memory, loss, and love. Through 28 poems, Vuong showcases his original voice as he asks pressing questions about the limits of language and the power of poetry in times of crisis.