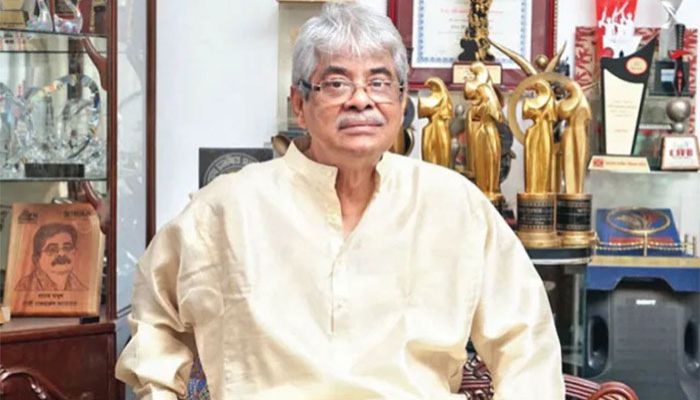 Shahana Mirza, daughter-in-law of Gazi Mazharul Anwar, said that his father-in-law was suffering from an acidity problems for the past few days. He was taken to a doctor yesterday for blood test and was scheduled to undergo more tests today.

Details regarding his namaz-e-janaza are yet to be announced and his burial will take place after the return of his daughter, singer Dithi Anwar who is currently staying abroad.

Born on February 22, 1943, at Daudkandi in Cumilla, Gazi Mazharul Anwar contributed greatly to the cultural and entertainment industry in Bangladesh with a glorious career spanning more than 60 years.

In his legendary career as a lyricist, he wrote over 20,000 songs including the coveted patriotic song "Joy Bangla, Banglar Joy." He was one of the eminent lyricists of the Shwadhin Bangla Betar Kendra and three of his songs are included in BBC Bangla's list of the "20 greatest Bangla songs."

As a film director, he has directed 19 films including “Shasti,” Bichar Poti,” “Artonad,” “Jiboner Golpo” and more.

Gazi Mazharul Anwar was honoured with the Ekushey Padak in 2002 and received the Independence Award in 2021.