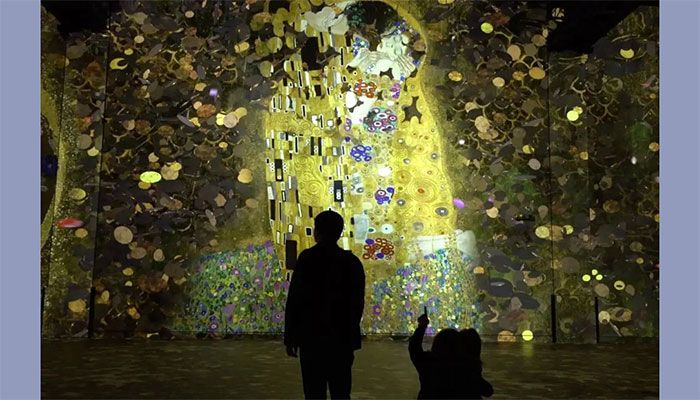 Art lovers in New York can now enjoy an immersive digital experience with works by Gustav Klimt projected onto the walls and floors of a building that used to be a bank.

The goal, its creators say, is to bring young people and others into a 21st-century museum, reports AFP.

The shows are the work of a French company called Culturespaces, which is partnering in New York with events company IMG.

Culturespaces boss Bruno Monnier said these digital art shows around the world cater to youths and anybody else who does not go to traditional venues like the Metropolitan Museum of Art in New York.

This nine-month show features works by Klimt and another Austrian, Friedensreich Hundertwasser.

Classical and electronic music plays as their works are projected onto every conceivable surface inside the Emigrant Industrial Savings Bank, an early 20th-century building in the Beaux-Arts style.

"I do think it's a fantastic way to introduce people to art and I think they are very complementary to great museums and art galleries of New York and in many cities around the world," said Stephen Flint Wood, Managing Director of IMG.

"You can come here in this atmosphere and be completely immersed and then go to museums and art galleries to see some paintings for yourself," he told AFP.