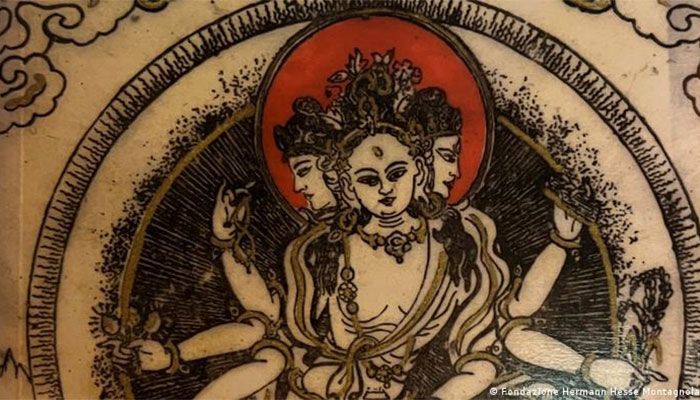 ﻿"Siddhartha" is the story of the spiritual journey of a young man, who shares his name with the Buddha.

The novel by Hermann Hesse is set in 6th-century Kapilavastu (now in Nepal), the birthplace of Siddhartha Gautama — better known as the Buddha.

Siddhartha, the story's protagonist, is born into a wealthy family of Hindu priests, or Brahmins. Although the scriptures offer him explanations about the soul and its immortality, Siddhartha is keen on finding people who live this truth. Inspired by Buddha, who relinquished his kingdom, Siddhartha abandons his life of luxury and sets off with his best friend, Govinda, on a mission to find the meaning of life. 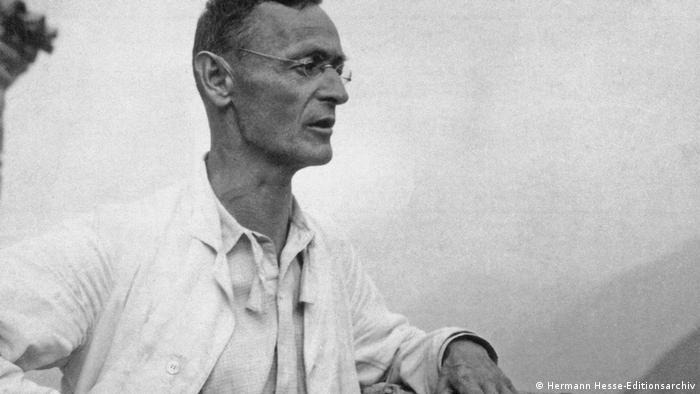 (Hermann Hesse won the Nobel Prize for Literature in 1946)

The idea of spiritual India

Hesse's story about the Brahmin boy looking for salvation was based on a perception of India that was popular among Western scholars studying India at the time, known as Indologists. Like them, Hermann Hesse had an idealized image of ancient, spiritual India.

"This was rooted in German Romanticism and the classical India of the 'Vedas' and Romantic Hinduism," says Jyoti Sabharwal, who teaches at the University of Delhi's Department of German Studies and has done extensive research on Hermann Hesse and his books.

Like his protagonist Siddhartha, Hermann Hesse himself was on a spiritual quest when he traveled to India in 1911. Despite his strictly Protestant upbringing in Calw in Baden-Württemberg in southern Germany, India seemed to be a natural choice for him, explains German scholar Martin Kämpchen, who is currently based in Santiniketan, West Bengal, India and has written several books on Hesse and European Indologists.

Hesse's family actually did have ties with India: His mother was born in South India during one of the missions of her father, Hermann Gundert, in Kerala. The Protestant Christian missionary not only learned the Malayalam language, but also wrote a dictionary and a book on Malayalam grammar.

The birth of 'Siddhartha'

Hesse set off on his journey in 1911, expecting to visit Java, Bali and Sri Lanka, followed by a trip to southern India, from where he would sail back home to Europe. But a severe stomach ailment after his trip to the Indonesian islands rendered him immobile, and he had to give up his plans to go to southern India.

Hesse's journey left him amazed but disappointed, explains Kämpchen, as the author did not find that idealized version of India during his trip to Indonesia or Sri Lanka (which in Hesse's view were part of India).

Hesse ultimately believed that "the real India was in its philosophy, in its asceticism, in its deep thinking about life," Kämpchen says. Like the German Romantics, he believed that Eastern philosophy would resolve the problems of Western society's spiritual degradation.

It was this idea that he wanted to put into his book, which idealized a form of asceticism "within the Hindu and Buddhist mold." This ideal also symbolized Hesse's search for the eternal truth. 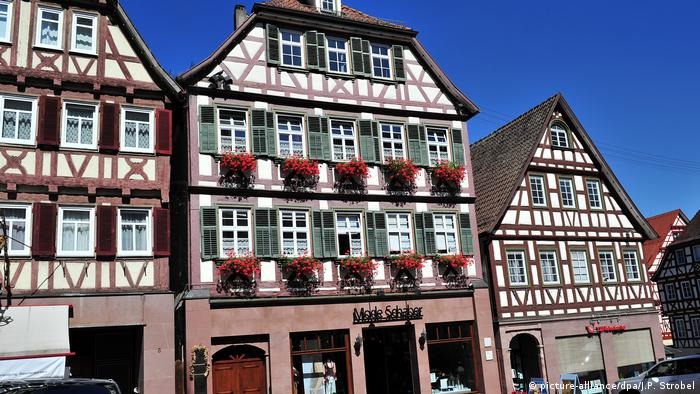 A book of the counterculture

When "Siddhartha" was published in autumn 1922, it was not exactly a failure, but did not immediately become very popular either. Literary circles in Germany partly viewed it as sentimental and kitschy.

It achieved global popularity decades later, after an English translation of the book by Hilda Rosenau was published, says Jyoti Sabharwal. According to her, the book became popular following the 1960s student movement in Europe, which spread to North America and parts of Asia.

It gained cult status with the Woodstock generation, with young people who protested the war in Vietnam and the conservative norms of their parents. "At a global level, it was a kind of a text which became the novel of the counterculture of the '60s and the '70s," she adds.

"Siddhartha" then joined the ranks of other hippy classics, such as "The Psychedelic Experience: A Manual Based on the Tibetan Book of the Dead" (1964) by Timothy Leary, "The Way of Zen" (1957) by Alan Watts or "On the Road" (1957) by Jack Kerouac.

Sales also took off in India following the publication of the English version. Equally popular was the 1972 film adaption of the novel. Directed by US filmmaker Conrad Brooks, the English-language film starred Indian actors Shashi Kapoor, Simi Garewal and Romesh Kapoor.

Translations of the book have recently experienced a boom following the foundation of the Hermann Hesse Society in Thalassery, Kerala, in 2005. "Siddhartha" has been translated into several Indian languages, including Malayalam, Punjabi, Gujarati, Urdu, Bengali and Marathi.

The eternal relevance of spirituality

According to Sabharwal, "Siddhartha" is a novel that every generation can relate to. It is "a journey of the individual into the self, a search for one's place in the world." It is a story of the prodigal son and although it is located in ancient India, it represents any generation disenchanted with the societal norms they are living with, she explains.

With the emergence of the anti-state, leftist Naxal insurgency, the 1960s and the 1970s were turbulent times for Indian student politics and thus, "Siddhartha" also found resonance among Indian readers.

But even a century from now, Sabharwal argues, the book will represent a way of understanding life's meaning.

"I think it will always be relevant, even for its bicentennial. People will find relevance in the questions that are raised because the protagonist Siddhartha is an outsider who is looking at society, his life from a distance, and goes beyond it, or outside it, to find meaning," Sabharwal argues.

In other words, "Siddhartha" depicts the human being's eternal spiritual quest for answers to the basic questions of existence.

Martin Kämpchen agrees: "Spiritual matters are always relevant, and they are never that outdated, because they are not located in any point of time. In that sense, they are timeless and the timelessness of 'Siddhartha' gives it its relevance even today."

Meanwhile, the Hermann Hesse Foundation in the author's adopted home in Montagnola, Switzerland, has organized an exhibition on the 100th anniversary of "Siddhartha." The organizers also provided DW photographs for this report.