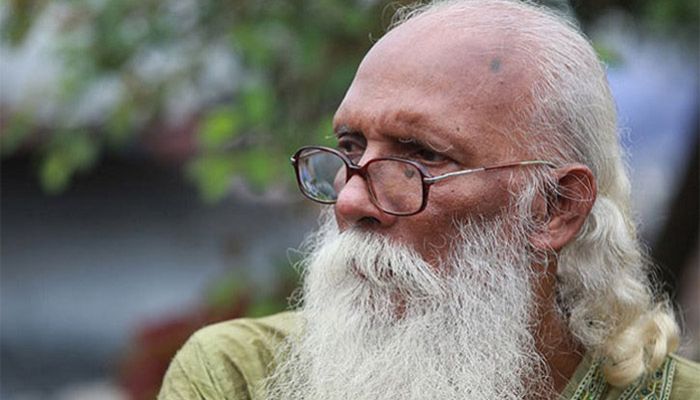 ﻿Poet Nirmalendu Goon, frustrated by his failed attempt to secure cooking gas from the government grid, has threatened to sell off his gold medals that came with two national awards.

Nirmalendu, known for his accessible verse, long straight beard and thick glasses, vented his disappointment in a Facebook post on Tuesday. He wrote that he managed to establish a power connection to his three-storey house built in Kamrangirchar on the outskirts of Dhaka in 2016.

“But I am yet to get a gas connection despite repeated attempts. So, I’m having to buy liquefied gas at high prices from the open market.”

“I'm thinking of selling two of the gold medals I received with the awards to bear this loss,” he wrote, referring to the Ekushey Padak he won in 2001 and the Independence Award, the highest civilian award given by the government 15 years later.

The 35-gram Ekushey medal is made of 18-carat gold, while the medal for the Independence Award weighs 50 grams. They come with certificates and prize money.

He asked the government to meet his demand in a month.

The 77-year-old poet insists that the recipients of the highest national accolades should receive “some additional benefits”.

They should receive gas and electricity connections “as a priority”, he said. “Train and air tickets should be reserved for them as well.”

Asked about his social media post, he said: “I’ve been given the highest national honour but my home has no gas connection. I don’t want it for free.”

“No matter how much you try, you're not getting connections now,” said Harunur Rashid Mollah, managing director of Titas, the state-owned natural gas distributor.

The government suspended the provision for new gas connections in 2016 before making it permanent in 2020, he said. “However, some connections were given in the four intervening years.”_bdnews24