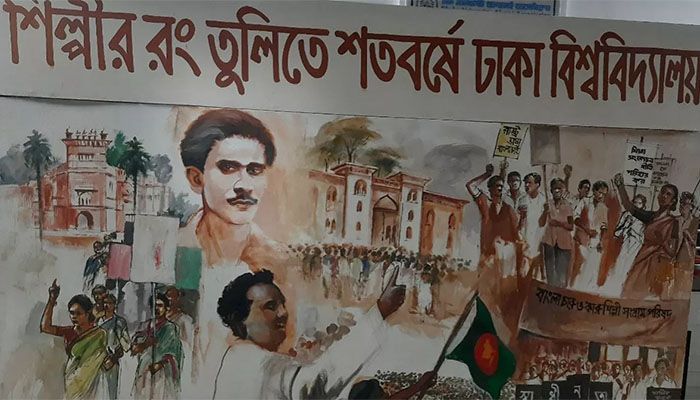 ﻿Marking 100 years of the founding of Dhaka University (DU), a permanent art gallery was inaugurated at the Alumni Floor of Nawab Ali Chowdhury Senate Building on Friday.

Dhaka University Alumni Association (DUAA) envisioned and initiated "Rong Tuli-te Dhaka Bishwobiddyaloy," which consists of a total of 113 artworks, including 106 paintings and seven sculptures, describing the glorious history of DU and its successful, influential students and alumni.

Legendary cartoonist and art maestro Rafiqun Nabi said, "I feel honoured and proud that one of my paintings has been placed in this gallery. The history of the past 100 years of Dhaka University has been showcased in this gallery."