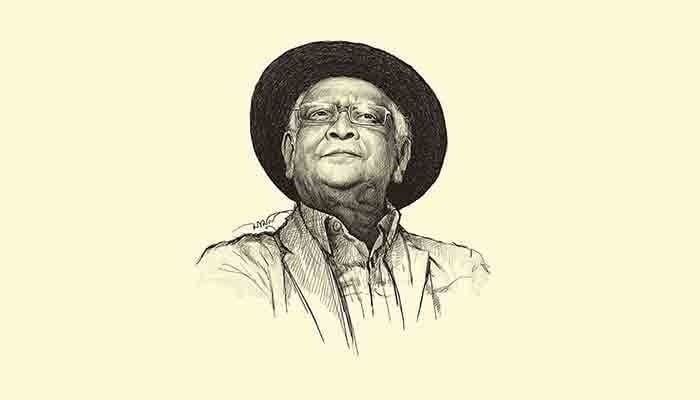 Often regarded as one of the best writers in Bengali literature Humayun Ahmed is credited with revitalizing Bengali literature and is best known for his iconic fictional characterisations such as ‘Himu’, ‘Misir Ali’, ‘Baker Bhai’, and others, as well as for his ‘magic-realism’ based storytelling.

Making the breakthrough in the Bengali litmosphere with his debut novel Nondito Noroke (1972), Humayun wrote over 200 fiction and non-fiction books, all of which were bestsellers in Bangladesh and are still popular among his readers.

Humayun Ahmed also explored success as a filmmaker in the early 1990s and went on to make a total of eight films in his filmmaking career, each based on his own novels. Two of his films, 'Sjyamol Chhaya' (2004) and 'Ghetuputra Komola' (2012) were the official Bangladeshi submissions for the Academy Award for Best Foreign Language Film in their respective releasing years.

Commemorating his life and legacy, family members and different organisations along with his admirers are set to observe Humayun Ahmed’s birth anniversary today.

Humayun Ahmed’s widow and cultural personality Meher Afroz Shaon, alongside their sons Nishad Humayun and Ninith Humayun, began the day with admirers of the legendary litterateur at their house ‘Dakhin Hawa’ in the capital through a cake-cutting ceremony at 12 am.

Himu Paribahan, a noted fan group of the eminent writer, has been observing his birth anniversary for many years. It organised a special procession where the members walked barefoot on the Dhaka University campus and placed floral wreaths on Humayun’s grave in Nuhash Polli, Gazipur, in the morning.

Among other events, Channel-i will organise a daylong Humayun Mela at its Tejgaon office and theatre troupe Bahubachan will premiere its play ‘Ami Ebong Amra’, based on the famous book of Humayun’s ‘Misir Ali’ series, at the Experimental Theatre Hall of Bangladesh Shilpakala Academy (BSA) at 6:30 pm.

Ekushey Padak-winning renowned writer Anwara Syed Haq received the award this year for her literary contribution to the country’s literature arena, while Mouri Morium won the award in the Young Litterateur Category which is awarded to under 40-year-old writers, for her novel ‘Fanus'. 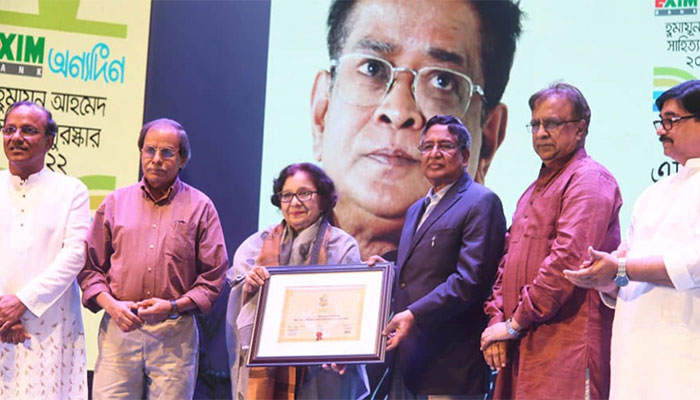 Agriculture Minister Mohammad Abdur Razzaque was present as chief guest at the ceremony, while State Minister for Cultural Affairs KM Khalid also joined the event as the special guest.

Since 2015, the ceremony is being held annually on November 12, the day before the eminent litterateur's birth anniversary. So far, 14 young and senior writers have received the award till date.