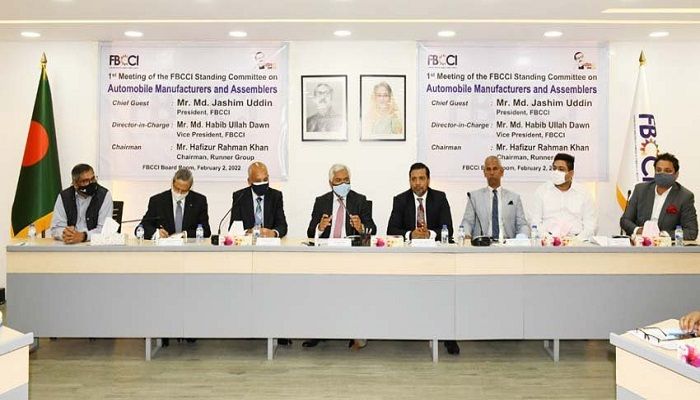 The speakers said Bangladesh has immense potential in the Automobile sector. But, due to lack of policy -- motorcycles, car designs and motor parts -- are not being manufactured locally, instead, almost 99 percent is produced by foreign vendors, said a press release.

For this, entrepreneurs in this sector urged the government to shield the sector with proper policy.

Speaking as the chief guest, FBCCI president Jashim Uddin said, "Bangladesh is now gradually lessening its dependency on import while strengthening the local manufacturing capacity, which enables the country to expand its export base in addition to meeting domestic demand".

Proper Branding of this capacity would have increased a lot more investment and employment as well, he added.

Director in charge of the Standing Committee Habib Ullah Dawn called for ensuring a competitive market of quality products besides solving the problems related to policies regarding Automobile Industries.

In future, FBCCI would organize seminars inviting the representatives from concerned ministries, he added.

Chairing the meeting, the Chairman of the Standing Committee and the Chairman of Runner Group, Hafizur Rahman Khan urged the businessmen to work on sector wise development and to prepare a draft on various issues to be submitted to the government through FBCCI.

The FBCCI already started working with the government regarding Vendor policy, Hafizur informed at the meeting.