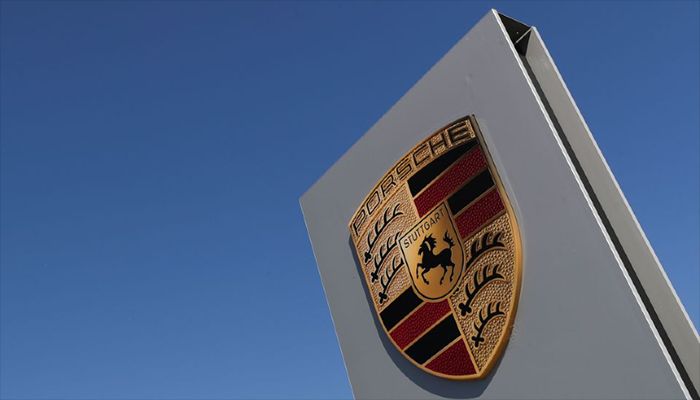 A logo of Porsche is seen outside a Porsche car dealer, amid the coronavirus disease (Covid-19) outbreak in Brussels, Belgium May 28, 2020. || Reuters Photo: Collected

Porsche's potential initial public offering (IPO) could happen as soon as the fourth quarter of 2022, the finance chief of the luxury carmaker's owner Volkswagen said on Friday, providing further details of what could become a record listing, reports Reuters.

Volkswagen's rationale for the IPO partly rests on hopes that it will remove some of the carmaker's conglomerate discount and raise its shares, which have underperformed the European sector over the past 12 months.

"There is no guarantee the market value of (Porsche) will translate into the VW share price unless VW addresses more structural issues of brand/product complexity," analysts at Jefferies wrote.

Volkswagen's sprawling structure, which among others includes the Audi, Ducati and Lamborghini brands, has long been seen as weighing on the valuation of Europe's largest carmaker.

Outlining key steps of a Porsche IPO, finance chief Arno Antlitz said Volkswagen, which has embarked on an ambitious shift towards electric vehicles (EV), batteries and software, would update markets about the progress and timeline in late summer.

"For me, this marks an inflection point and the ideal timing for the potential transaction in order to ignite our EV shift momentum," Volkswagen CEO Herbert Diess said.

Volkswagen shares and its top shareholder Porsche SE rose as much as 4.5 per cent and 5.1 per cent, respectively, after the companies late on Thursday fleshed out details of a possible Porsche listing.

These include plans to list up to 25 per cent of Porsche AG's preferred stock, selling 25 per cent plus 1 ordinary share in the carmaker to Porsche SE and paying out 49 per cent of IPO proceeds to Volkswagen's shareholders as a special dividend.

Under the special dividend plans, Porsche SE, which owns 31.4 per cent of Volkswagen, would stand to receive 3.6 billion euros, or around 30 per cent of what it would pay for its Porsche AG stake.

Porsche SE, the holding company of the Porsche and Piech families that holds 53.3 per cent of Volkswagen's voting rights, "still looks like the main beneficiary", the Jefferies analysts wrote.

Porsche AG itself will not receive any proceeds under the current plans.