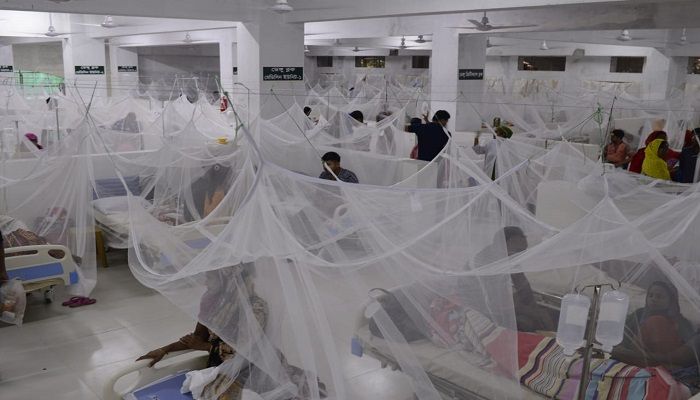 A man and a woman have died of dengue in Dhaka and Khulna districts.

Both of them died on Sunday.

In Khulna, a man suffering from the mosquito-borne disease died at the Khulna Medical College Hospital (KMCH).

The deceased named Ashiquzzaman, 37, was a resident of Shalikha upazila in Magura district.

KMCH Dr Shailendranath Biswas said: "Ashiquzzaman was admitted to the hospital’s dengue ward in the morning. He died around 11am.”

The ﻿unofficial death toll reported at over 141, so far.

Some 607 dengue patients have been admitted to different hospitals across Bangladesh in the last 24 hours, according to the Directorate General of Health Services (DGHS) press release issued on Saturday.

The total number of admitted patients currently undergoing treatment in government and private hospitals across Bangladesh is 3,447, it said.

The DGHS said a total of 57 people have died due to dengue fever across Bangladesh from January 1 till September 7.

However, the unofficial death toll is reported to be over 141, so far.