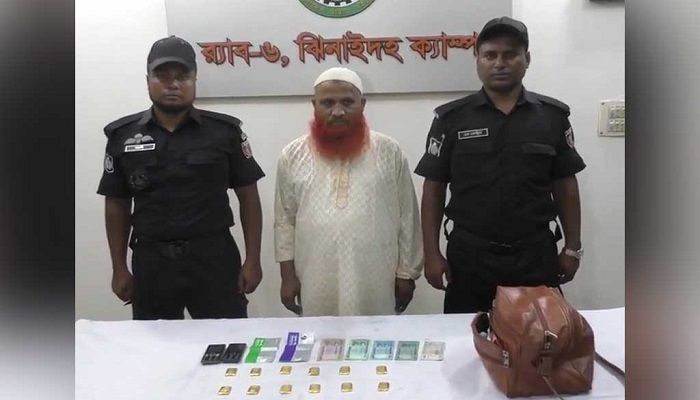 ﻿A man has been detained with 12 gold bars from Jhenaidah’s BSCIC Industrial area.

The detainee named Sharif Uddin, 55, is a resident of Damurhuda upazila of Chuadanga district.

“We detained Sharif from a Darshana-bound bus of Purbasha Paribahan and recovered the bars, which were concealed under his shoes,” he added.The gold bars weigh around 1.4kg, Masud said.

A case will be filed regarding the matter.