Mainul gets bail in Masuda's case 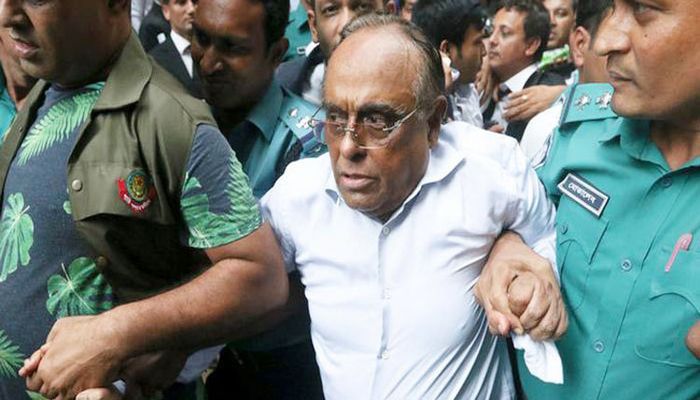 The barrister was released from jail on bail January 27, 97 days after his arrest for making offensive comments against journalist Masuda Bhatti.

The High Court granted bail to Mainul Hosein in 14 defamation cases for six months on January 13.

Later, 22 cases - one under the Digital Security Act and 21 for defamation - were filed against Barrister Mainul for defaming journalist Masuda Bhatti in a television talk-show.

Mainul who was speaking at a talk-show “Ekattor Journal” through videoconferencing on Ekattor TV made a widely criticized comment against Masuda Bhatti on October 16.

During the talk-show, Masuda Bhatti asked Mainul, “You say that you’re in the Jatiya Oikyafront as a citizen of the country but in social networking sites, many people are saying that you’re there as a representative of Jamaat.”

Angered with the comment, Mainul said, “I’m thanking you for your audacity and I want to believe you as ‘characterless’. There’s no question about Jamaat link’s with me and what question you have asked is embarrassing for me.”