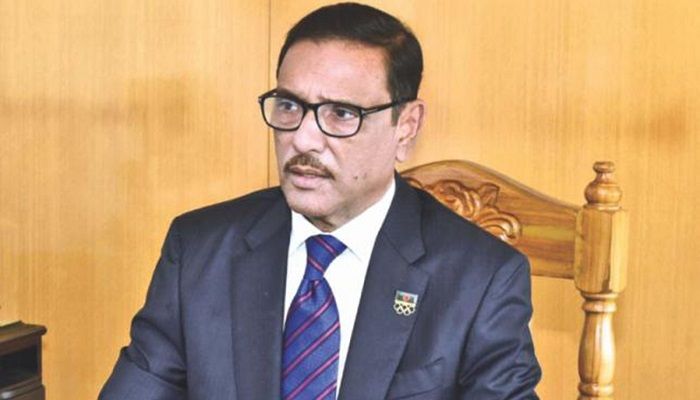 Quader, also the Road, Transport and Bridges minister said while briefing reporters at the secretariat said, there might be some reactions regarding the BCL central committee yesterday during a meeting of the party members.

“But as the general secretary of the party it would not be proper for me to comment on this until it goes into the process of implementation. All of this might be an outburst from the dissatisfaction but no decision has been made yet," Quader said.

They could have discussed various issues in yesterday’s meeting on local body elections scheduled to be held this October, Quader further said at the briefing after a customary meeting with the US ambassador to Bangladesh at his secretariat.

The minister came up with the comments after reporters wants to know about a news circulating in social media recently claiming that PM Hasina has ordered to dissolve the committee after expressing annoyance over BCL President Rezwanul Haque Chowdhury Shovon and General Secretary Golam Rabbani in yesterday's meeting.

The minister further said that the PM may be concerned regarding some of BCL’s activities which is very normal.

"However, I do not know about any such specific decision as nothing was decided on the forum," he said.

Answering to a query about whether he is satisfied with the present committee's activities, he said, "I appreciate the activities which are worth appreciating. The activities which are not liked by others, I would not like those too... I tell them to be careful and bring back the lost fame. I ask them often to become the headlines of positive news."