Illegal properties to be removed from govt lands 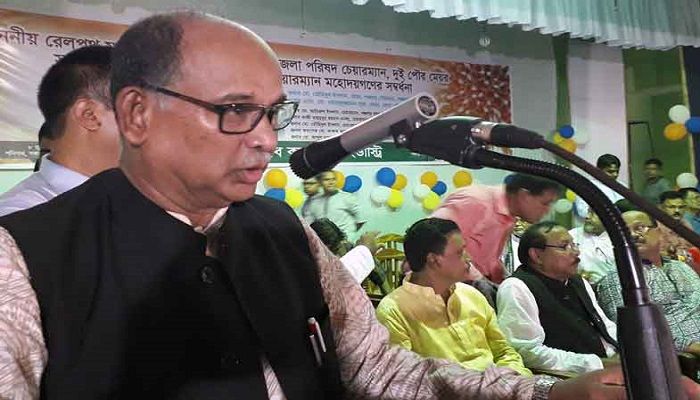 ﻿Railway Minister Md Nurul Islam Sujon said the removal of illegal properties on certain government lands are only being done for the development of Bangladesh Railway.

"Railway properties are not someone's personal property. It is a public property, under the government. That is why no one will be able to illegally occupy them," the minister made the comment while talking to journalist before leaving Panchagarh for Dhaka on Sunday.

"If necessary, Bangladesh Railway will remove all shops and houses on illegally occupied lands for the development of its railway system.

“This time, those who are due to their eviction notice and are still occupying lands illegally through different agents, will also get the opportunity to apply for a new lease. But this will happen only when they get rid of their agents."

"After they submit their applications, government will inspect the matter and then decide whether to accept their new lease," he added.

Legal actions will be taken against the agents who are illegally trying to occupy and sell lands and railway quarters.

While being questioned about the ruined Saidpur railway factory, he said: "The factory will be renovated soon and will be refurbished with modern machineries worth about Tk150 crores."