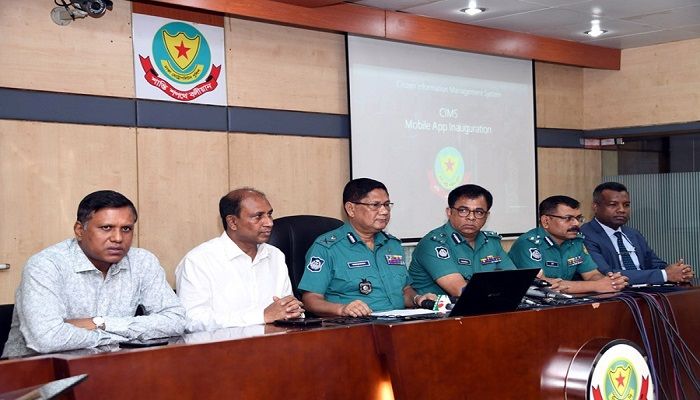 Outgoing commissioner of the Dhaka Metropolitan Police, Md Asaduzzaman Mia, inaugurated the system at the DMP media center on Monday.

“Anyone can download the app on handsets and key in information. In addition, other programs to collect information of the city dwellers manually will continue,” he said.

Currently, the CIMS app can be downloaded from the Google Playstore on Android phones. The app will soon be available on the Apple Store as well.

The information of more than 7.2 million people has so far been recorded in the Citizen Information Management System since the CIMS launched on Sep1, 2016, according to the commissioner.

The app can be downloaded by searching CIMS DMP on Google Playstore. Then, a citizen can log in using the verification code to be sent to the mobile number, said Mia.

The citizen can see the data to be put on the app when an officer approves it for view. If the information provided by the citizen is incomplete, it will be notified immediately to his or her email ID, he added.