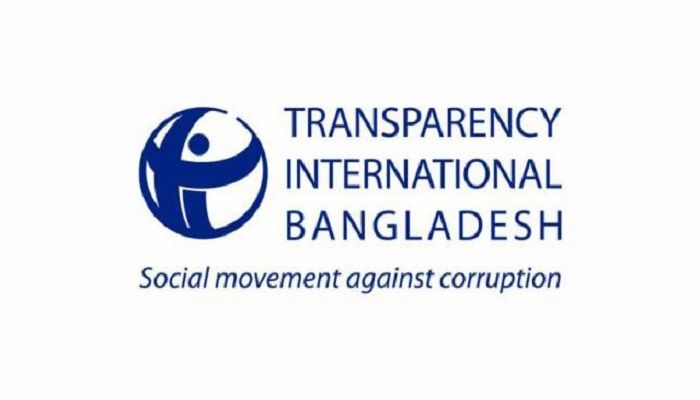 ﻿A Transparency International Bangladesh survey yesterday said the government’s flood relief distribution activities this year were marred by various irregularities, including using the relief fund to pay for a minister’s visit to flood-affected areas.

The irregularities and corruption also include making political considerations when preparing lists of flood victims and distributing relief items, distributing less relief than the stipulated amount and depriving those who raised their voice against the dishonesty.

TIB, the Bangladesh chapter of the Germany-based global anti-graft watchdog body, revealed its findings while unveiling a report titled “Integrity observation in preparation to face flood and relief activities in 2019” at a press conference organised in the watchdog’s headquarter in the city.

According to TIB, around four million people in 28 districts were affected during 10 to 15 days of flooding, which left 108 people dead this year.

The survey was conducted in 683 thanas in 20 unions of 10 upazilas of Kurigram, Gaibandha, Jamalpur, Bogura and Sylhet from Jul 31 to Aug 7.

The main objective of the survey was to identify the institutional limitations in the government’s planning of relief distribution, rehabilitation programm, emergency response and overall preparedness for such a disaster, said TIB.

In the study, the anti-graft body said the lack of allocation for meeting miscellaneous expenses led to corruption.

For example, the study said the transportation cost for relief material was met through corruption as there was no allocation for it.

Besides, TIB also said the expenses of ministers’ visits to the flood-affected areas was met from the relief fund.

Enamur Rahman, the state minister for the Ministry of Disaster Management and  Relief, however, told this newspaper that TIB’s allegations were baseless.

About taking political affiliation into consideration when distributing relief, the state minister said there was no question of it happening.

The TIB study also said lists of those affected in different unions were prepared by dropping names of victims in order to include relatives of union parishad chairmen.

Besides, relief items were distributed among close relatives of UP chairmen and members, with political identity being a factor, thus leaving out a number of affected people.

The TIB found that in 73 percent of the cases, three to eight kilograms of rice was distributed per person instead of 10kg.

Twenty-three percent of the respondents said their names were not included in the victim’s list because of “political” reasons.

Thirty-two percent said nepotism was rampant in preparing lists of flood victims, as well as in terms of relief distribution.

Pointing to inadequate allocation for flood victims, TIB said each family got on only Tk 4 to Tk 76 in the seven- to eight-day long flood, which was insufficient.

During the floods, a flood-affected family was provided with a minimum of 2kg to a maximum of 68kg, which the TIB said was inadequate.

It also said Tk 20 to Tk 772 was given to flood victims for reconstruction of each completely damaged house.

The study said authorities of the respective unions didn’t visit the affected areas while preparing the list of statistics of damages due to flood.

In its report, TIB said the respective local administrations didn’t give due importance to the risk of flood and didn’t take the necessary preparedness program.

It also said 91 percent of the respondents said they didn’t get any flood warning, although the disaster management department claimed that they announced the warning at least 24 hours ahead of the flood.

Ninety-four percent of the respondents said the local administrations didn’t take measures to relocate them to shelter houses.

The respondents identified various problems in the shelter houses, including inadequate facilities for overnight stays, no rooms separated by gender and lack of drinking water.

Despite the negative aspects, TIB said there were positives to how the government tackled the flood situation. These included uploading flood related information on the relevant website on a regular basis, and allocating and distributing rice, dry food, tents, and food for livestock at a limited scale.

While addressing the program, TIB Executive Director Iftekharuzzaman said, “People expect a lot from public representatives during a natural disaster such as a flood. But they have failed to meet the people’s expectations.”