Bangladesh in big trouble within next 10 years 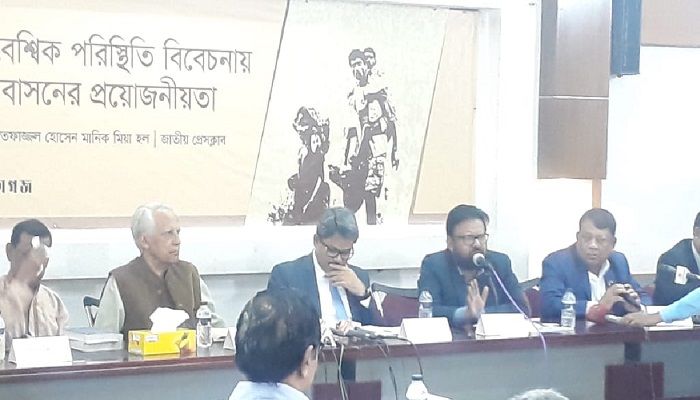 ﻿Speakers at a discussion here on Monday laid emphasis on serious efforts from China, India and other friends of Myanmar to resolve the Rohingya crisis soon otherwise they see Bangladesh in a big trouble within next 10 years.

They laid emphasis on mounting pressure on Myanmar to take back Rohingyas as the "time - bomb (Rohingya)" may explode anytime affecting Bangladesh and beyond.

One of the discussants said he does not see any solution in 1-10 years until the United Nations (UN) imposes force as Myanmar is not willing to take back Rohingyas with a possibility of creating another Eastern Palestine here.

The speakers said it is a national crisis and Bangladesh will be in big trouble if they cannot solve it.

Bangladesh is hosting over 1.1 million Rohingyas and most of them entered Cox’s Bazar since August 25, 2017 amid military crackdown on Rohingyas in Rakhine State.

Not a single Rohingya was repatriated over the last two years due to Myanmar’s “failure” to build confidence among Rohingyas and lack of conducive environment in Rakhine State, officials here said.

Bangladesh has so far handed over names of over 1 lakh Rohingyas to the Myanmar authorities for verification and subsequently expediting their repatriation efforts but Myanmar is yet to take back its nationals from Bangladesh, according to the Ministry of Foreign Affairs here.