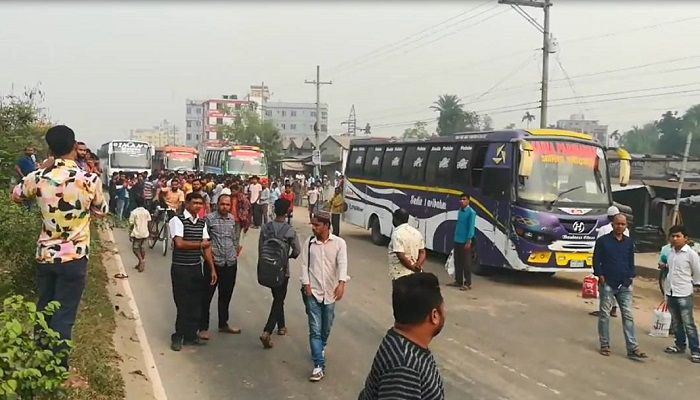 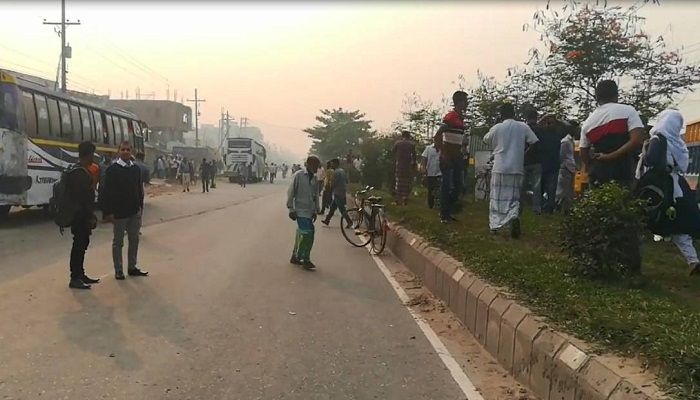 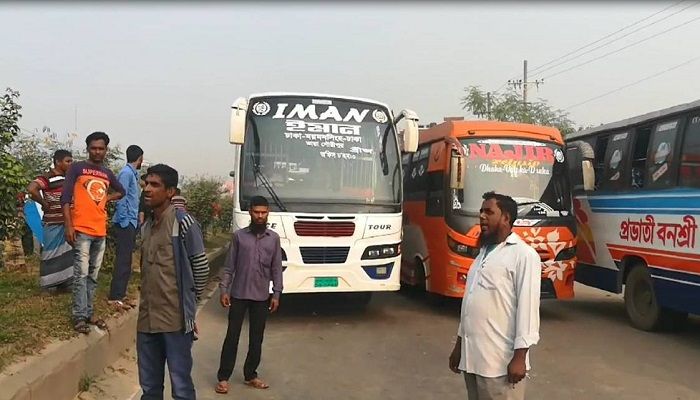 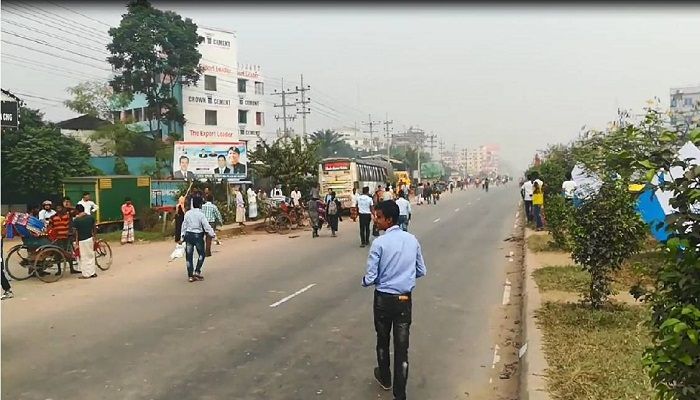 Transport workers went on strike as they blocked Dhaka-Mymenisngh highway on Monday morning protesting against implementation of the new Road Transport Act.

Hundreds of bus workers took to the streets and put up barricade at Mawna intersection in Sreepur area around 8 am, causing immense sufferings to thousands of commuters.

Bus workers said they have blocked the road demanding cancellation of the new law and they will continue protesting until their demands are met.

The much talked-about Transport Act came into effect from November 1.

Earlier on Monday, thousands of commuters suffered much as bus workers went on strike in various districts including Jhenaidah, Khulna, Rajshahi, Narail, Kushtia and Satkhira protesting against implementation of the new law.