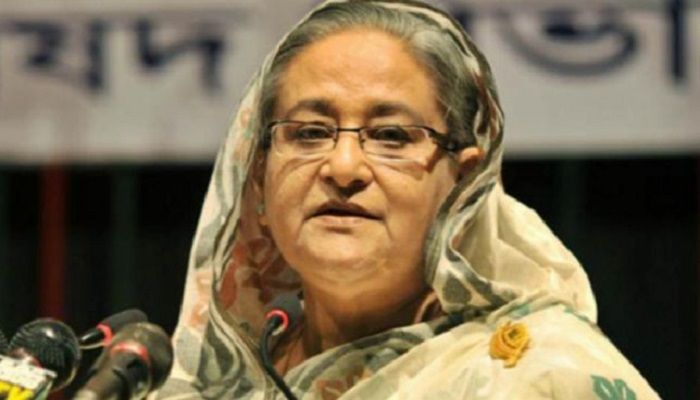 ﻿Prime Minister Sheikh Hasina today called upon everyone not to pay heed to propaganda, saying that ill efforts are being made to mislead the people through it.

''We see often confusion is created by spreading propaganda. So, I would like to tell everybody not to pay heed to this propaganda,'' she said.

The premier said various kinds of propaganda regarding crisis of onion, salt, etc have been publicized to confuse the people. ''I know that it will happen and it’s normal. What we have to do is to move by facing it and we are moving in this way,'' she said.

The prime minister made the call while addressing a reception at the Army Multipurpose Complex at Dhaka Cantonment this morning.

Her comments came as a vested quarter is now engaged in spreading various types of propaganda including price hike of essential commodities like onion, salt and rice to misguide the people.

The prime minister accorded the reception to the successors of Birshreshthos and other gallantry award-recipient freedom fighters of the armed forces on the occasion of the Armed Forces Day-2019.

Earlier, the prime minister paid glowing tributes to the martyred members of Bangladesh Armed Forces on the occasion of the Armed Forces Day-2019.

The prime minister paid homage by placing a wreath at the Shikha Anirban (flame eternal) in Dhaka Cantonment this morning.