BRTWL wants implementation after one year 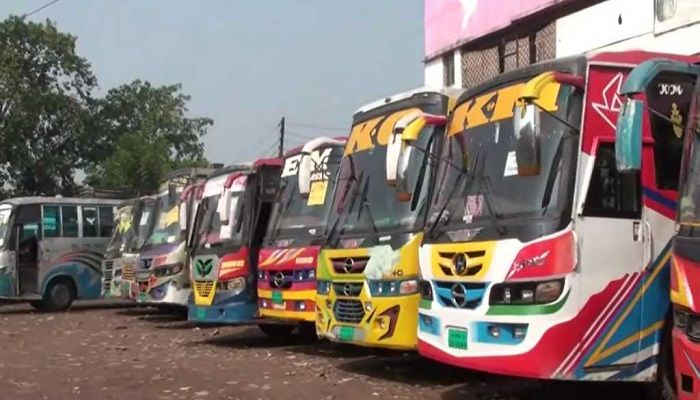 Buses at a bus stand in Satkhira on Tuesday, November 19, 2019. Photo: Collected

Leaders of the transport workers federation pressed 12-point demand including one year extension of new law implementation, amendment of several section and to take actions against caller of blockadein a press conference at National Press Club on Thursday

The leaders also thanked the transport owners and workers for withdrawing the countrywide blockade after meeting with the home minister.

Yunus thanked Prime Minister Sheikh Hasina for passing the new law and also demanded to amendment few sections of the new law including sections 66, 86, 87, 89, 104 and 105.

They also demanded to minimize the punishment and fine of the law.