Local onions to hit markets in a week 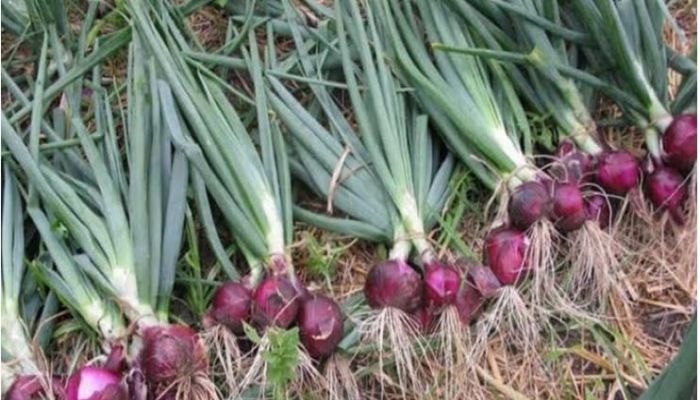 ﻿Locally cultivated onions are expected to hit the market soon with farmers considering fair prices given the skyrocketing price of the kitchen staple.

According to the Rajbari Agricultural Extension Department onions have been harvested on over 28,000 hectres of land in the five upazilas of Rajbari.

Farmers expect produce of nearly 282,000 tonne of onion if everything goes well.

They said that considering the high prices and the current crisis, they are trying to bring ‘Murikata’ onion to the market as soon as possible.

According to the farmers, if the government provides enough assistance, it is possible to grow onions locally without having to import from foreign countries.

Jahidul Isalam, a farmer from Rajbari Sadar says that around Tk 60,000 is spent on planting onions on one bigha of land.

“This year the market for onions is good. The farmers will benefit if they get fair prices,” he said.

He added that last year they sustained heavy losses because of the rain and struggled to pay the cargo charges.

Farmer Moniruzzaman says that ‘Murikata’ onions can be harvested within 45 days of being planted and many have already started harvest.

Rajbari Sadar Upazila agriculture employee Bahauddin Sheikh says that around 13 percent of the country’s onions are supplied from Rajbari.
He added that the farmers are being encouraged to harvest onions are field workers are helping them with advices.
Onions prices shot up after India banned exports to keep prices in check there following flood in Maharashtra.