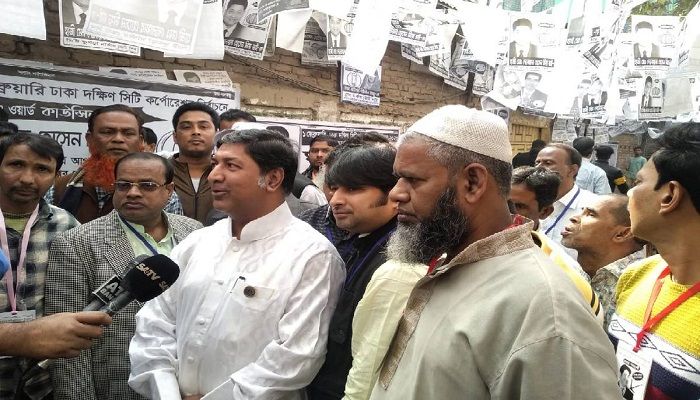 He cast his vote at AMC Govt Primary School polling centre in Lalbag area at 10:10 am.

''Some voters faced issues, including fingerprint mismatch,'' he said, adding he found the system easy.

A voter, Joynul Abedin said he tried to cast his vote several times but failed because of fingerprint mismatch.

Meanwhile, the presiding officer at the centre Abdul Latif said voters who faced fingerprints mismatch have been requested to come to the centre again at 3pm.