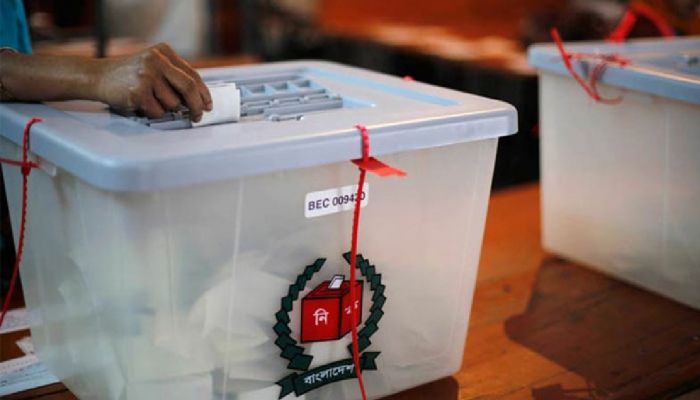 Three parliamentary constituencies—Dhaka-10, Gaibandha-3, and Bagerhat-4— are going to by-elections on Saturday despite the threat of novel coronavirus outbreak.

In the three districts, more than 10 lakh voters are qualified to practice their franchise. Voting begins at 9 am and ends without any pause until 5 pm.

Electronic Voting Machines (EVMs) will be used in Dhaka-10 while traditional Gaibandha-3 and Bagerhat-4 ballot papers will be used.

Awami League and Jatiya Party vote in both constituencies, but there is another big BNP party in two constituencies–Dhaka-10 and Gaibandha-3

BNP has no candidate in Bagerhat-4 as its candidate’s nomination paper was declared invalid there.

(Dhanmondi and Lalbagh): The district of wards 14-18 and 22 of Dhaka South City Corporation contains 321,275 voters under 117 polling stations.

At a daily media briefing, on Covid-19 at the Institute of Epidemiology Disease Control and Research (IEDCR) in Mohakhali on Friday, Professor Nasima Sultana, Additional Director-General of the Directorate-General for Health Services (DGHS), voting in EVMs carries the possibility of infection with coronavirus.

However, returning officer of Dhaka-10 by-election GM Shahatab Uddin on Friday said they have taken cautionary measures following the outbreak of coronavirus

“There’ll be sanitizer and hand tissue in every polling booth. Banners will be there urging voters to wash hands before pressing the EVM button to cast votes,” he said.

Gaibandha-3 (Sadullapur-Palashbari Upazilas): in the district, there are 435,211 voters under 132 polling stations who fall vacant following the death of Awami League MP Dr M Eunus Ali Sarkar on 27 December.

Bagherhat-4 (Morelganj and Sharankhola Upazilas): A total of 316,510 people have voting rights under 143 polling stations in the constituency that fell vacant after the death of AL MP Dr Mozammel Hossain on January 10.

There is a constitutional obligation for the Election Commission to complete a parliamentary by-election within 90 days after the constituency concerned falls vacant.