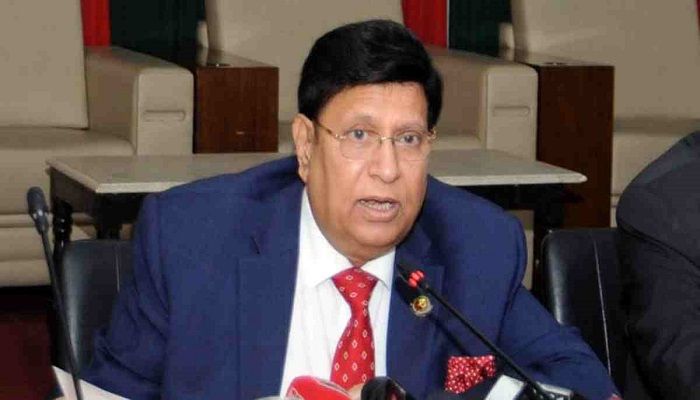 ﻿Foreign Minister Dr AK Abdul Momen has sought support from Bangladeshi expatriates living in different countries alongside the government initiative to bring back the remaining five fugitive convicted killers of Father of the Nation Bangabandhu Sheikh Mujibur Rahman and execute the verdict.

"Still five killers remain fugitive. One of them is in the United States while another one in Canada," he said in a reaction over the arrest of Abdul Majed, a convicted killer of Bangabandhu.

Dr Momen hoped that it will be possible to bring back the rest of the killers to execute the verdict during the "Mujib Borsho."

For this, he said, cooperation from Bangladeshi expatriates is needed apart from the government initiative.

Dr Momen said the arrest of killer Majed came as good news amid the crisis following the coronavirus outbreak.

He said the government had an expectation to bring back at least one fugitive killer during the ‘Mujib Borsho’.

He was produced before the court of Chief Metropolitan Magistrate AM Zulfiqar Hayat who sent him to jail.

On August 15, 1975, during the assassination of Bangabandhu, Majed, Noor and Risaldar Moslehuddin along with others were present there when he was a lieutenant.

Of them, the government knew the whereabouts of Noor Chowdhury, Rashed Chowdhury and Moslehuddin while it was not sure about the other three fugitives -- Rashid, Dalim and Majed.

According to government sources, Noor Chowdhury has been living in Canada and Rashed Chowdhury in the USA.