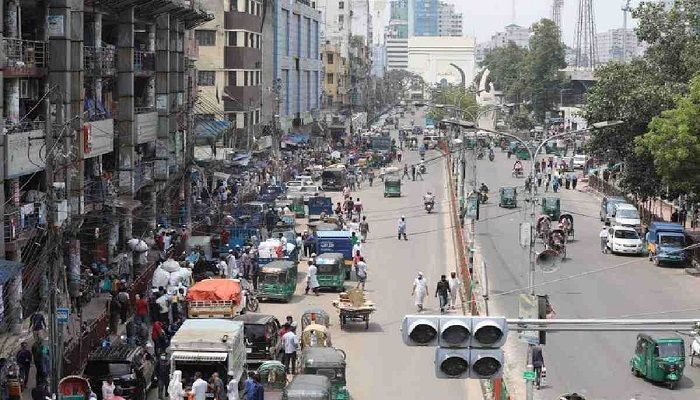 Dhaka had an AQI score of 119 at 08:05am and the air was classified as 'unhealthy for sensitive group'.

India's Delhi, China's Chengdu and South Africa's Johannesburg occupied the first three spots in the list of cities with the worst air with scores of 170, 161 and 160 respectively.

When the AQI value is between 101- and 150, the air quality is unhealthy for the sensitive groups. Members of sensitive groups may experience health effects. The general public is not likely to be affected.

The AQI, an index for reporting daily air quality, informs people how clean or polluted the air of a certain city is, and what associated health effects might be a concern for them.

In Bangladesh, the AQI is based on five criteria pollutants - Particulate Matter (PM10 and PM2.5), NO2, CO, SO2 and Ozone.

Dhaka has long been grappling with air pollution. Its air quality usually improves during monsoon.

In recent months, the air quality degraded to such a degree that the High Court had to issue a nine-point directive for taking steps to improve the quality.

Shahab said the government has taken a slew of measures to improve air quality in the capital but the situation has hardly improved.