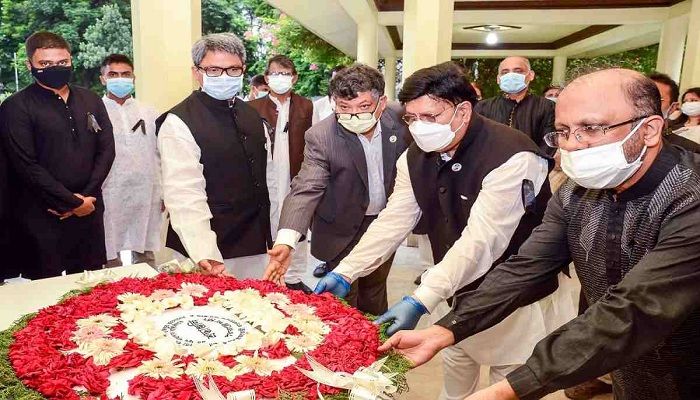 ﻿Foreign Minister Dr AK Abdul Momen on Saturday urged the people of the country, specially those living abroad, to provide information about killers of Bangabandhu as the government wants to bring them back home to implement the court verdict.

"Give us information about them(killers) if you have any," he said, adding that they are yet to know whereabouts of three of the fugitive killers of Father of the Nation Bangabandhu Sheikh Mujibur Rahman.

The Foreign Minister said the government continues its efforts to know about the locations of the three killers.

"We have progressed to some extent regarding two of the killers. We can't yet say fully (successful). We are continuing our efforts on all fronts," Dr Momen said.

The Foreign Minister said the government is committed to bring back five killers of Bangladesh to execute them implementing the court verdict.

"It's our hope and expectation," he said adding that one of the killers - former captain Abdul Majed - was executed recently.

Of the fugitives, the government knew the whereabouts of Noor Chowdhury and Rashed Chowdhury; and it was not sure about the other fugitives -- Rashid, Dalim and Moslehuddin.

Dalim and Moslemuddin are believed to have been hiding in Spain and Germany respectively.

On August 15 in 1975, the Greatest Bangalee of all time, Father of the Nation Bangabandhu Sheikh Mujibur Rahman along with most of his family members was brutally assassinated.

Earlier, the Foreign Minister paid tributes to Bangabandhu by placing wreath at his portrait at Bangabandhu Corner set up in the Ministry of Foreign Affairs.

He also attended programme at the Foreign Service Academy.

A doa mehfil was arranged at the MoFA Mosque seeking salvation of the departed souls of Bangabandhu, his family members and others who were killed on August 15, 1975.