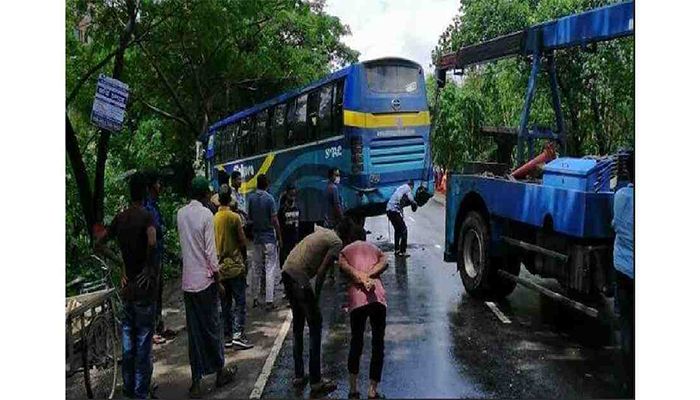 Two examinees of Higher Secondary Certificate (HSC) were killed after a bus hit a motorcycle on Dhaka-Aricha Highway at Srirampur in Dhamrai Upazila, on the outskirts of the capital on Sunday.

The deceased were identified as Sajib, son of Sagar Ali and Rashedul Islam, 20, son of Altab Hossain of the Upazila.

Manirul Islam, officer-in-charge of Manikganj Golra Highway Police, said the accident occurred in the morning when the Patuaria-bound bus of ‘Sakura Paribahan’ hit the motorbike carrying two people, leaving them dead on the spot.

Traffic movement on the busy road remains halted for sometimes following the accident.

Police seized the bus but could not arrest anyone.