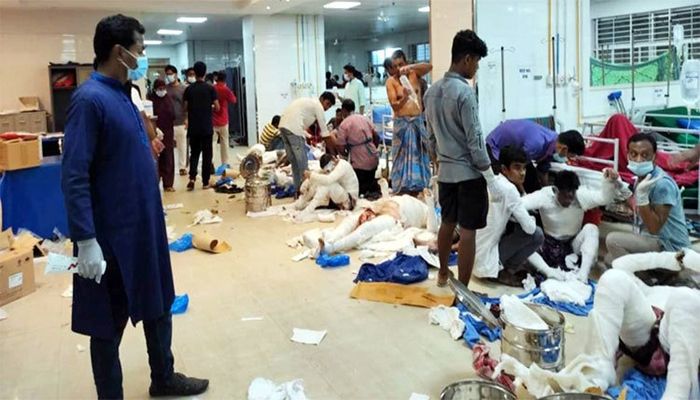 In addition, patients in critical condition are currently seeking care at the Sheik Hasina National Institute of Burn and Plastic Surgery in Dhaka Medical College Hospital.

At least 50 people sustained serious burn injuries in the AC blast at Pashchim Talla Baitus Salah Mosque at about 8.30 p.m. in Narayanganj after Esha's prayer on Friday, BSS reported.

Narayanganj Fire Service Deputy Assistant Director Abdullah Al Arefin said that the gas pipeline of Titas Gas Transmission and Distribution Company Limited had passed through the bottom of the mosque.

The AC may have exploded out of leakage in the gas pipeline as the gas collected inside the mosque could not move through the leak as the windows were closed due to the AC, he added.