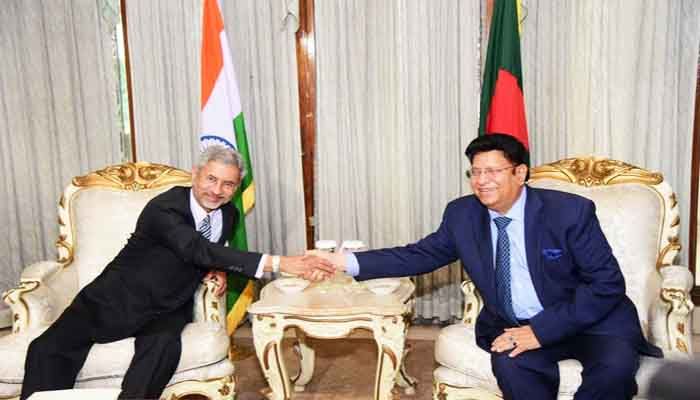 ﻿The 6th meeting of the Bangladesh-India Joint Consultative Commission (JCC) is going to be held by the end of this month.

In a press statement, the Ministry of Foreign Affairs of Bangladesh also confirmed the telephonic conversation.

After India withdraws the international travel ban, Jayshankar is expected to visit Bangladesh, it added.

Two foreign ministers will co-chair the meeting hoping to be held on September 29-30, sources said.

Rohingya repatriation and river water sharing are included in the agenda of discussions to resolve the long pending issues.

Meeting between the two border guards BSF and BGB will also be held before the JCC meeting.

A large delegation from ministries of external affairs coupled with high officials from home ministry will travel as a member of the delegation.

The 5th JCC meeting was held in New Delhi in February last year. It was co-chaired by the then external affairs minister Sushma Swaraj and his counterpart A H Mahmood Ali.

In the upcoming meeting, both sides will discuss the gamut of bilateral issues of mutual interest, including implementation of decisions taken during a meeting between Prime Minister Sheikh Hasina and her counterpart Narendra Modi.

This time, engagement may broaden with the inclusion of new high technology areas for partnerships such as space, nuclear energy, IT and electronics.

Partnership building efforts to celebrate Bangabandhu’s birth centenary and the 50th anniversary of Bangladesh liberation will also be discussed.

The delegation led by him may pay respect to the late former President Pranab Mukherjee.