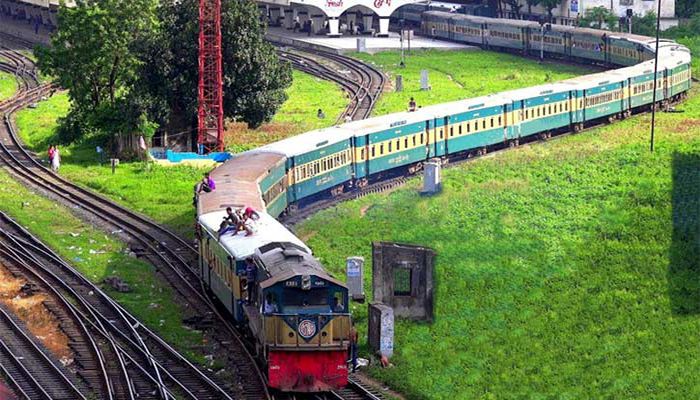 Between 10 and 16 September, Bangladesh Railway announced it will add 24 more local and commuter trains to its fleet.

On Tuesday, Deputy Director (traffic transportation) Khairul Kabir signed a circular in this regard.

This will restart service of a total of 104 trains after being suspended due to coronavirus.

The rest of the trains will be added in stages, the official said.

Train tickets will be available from 12 September at ticket counters, Bangladesh Railway announced on Monday.

25 percent of train tickets will be sold online from September 12 and 25 percent of the remainder will be available at counters, the statement said.

Train services restarted with eight pairs of intercity trains on May 31. As of May 30 Bangladesh Railway began selling tickets online to reduce health threats in the coronavirus outbreak.

On May 29, the government released a notification of the gazette enabling restricted operation of public transport and offices during the coronavirus outbreak from May 31 to June 15.

It said public transport — buses, trains, and vessels — will have to maintain guidelines on health.

Earlier, the government suspended passenger and cargo train services from March 26 to curb the spread of COVID-19 infection.