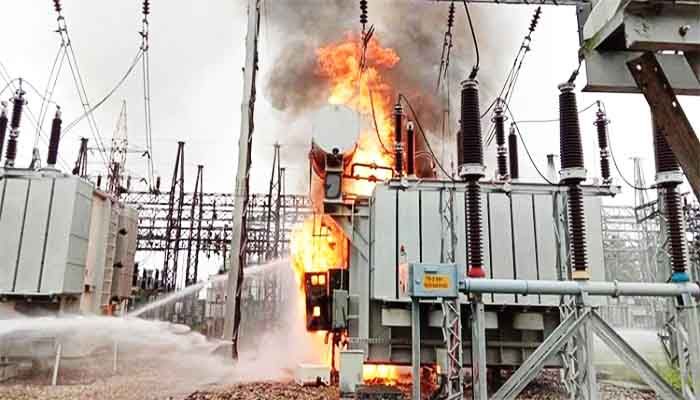 Four hours into outage in four districts, power has been restored in three.

Later, the situation was normal in Jamalpur, Sherpur, Netrokona and part of Mymensingh at 5:45 pm.

Golam Kibria, Managing Director of Power Grid Company of Bangladesh Ltd, said: ''power will be available in all places of Mymensingh tonight.''

The fire broke out at a T-2 transformer PGCB in Kewatkhali power grid around 12:45 pm.

Several units of Fire Service and Civil Defence in Mymensingh doused the flame within an hour of frantic effort.