GCA to Be Milestone for Int'l Partnership 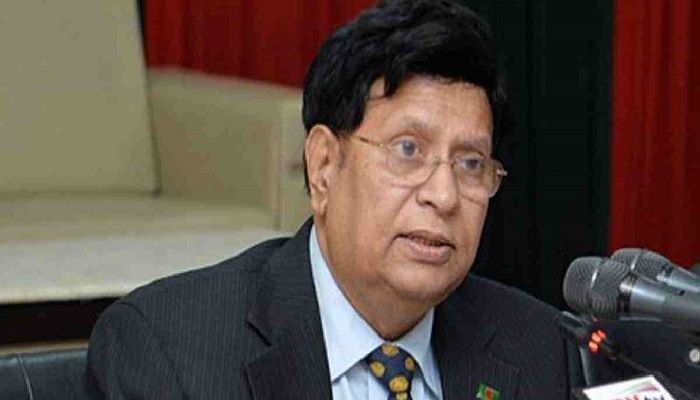 ﻿Foreign Minister Dr AK Abdul Momen on Tuesday said the South Asian Regional Center of Global Center on Adaptation (GCA) in Dhaka will be a milestone for the international partnership.

He said after the devastation of the COVID-19 pandemic, they will build back their climate resilience much better by making a transition to a green economy and investing in more decarbonization of the production methods and consumption.

"But this requires a strong global commitment and effort," he said adding that Bangladesh is ready to share her experience and best practices regarding adaptation and disaster management.

Dr Momen said they have already formulated the 82-year-long ''Delta Plan 2100'' which is a living test case for all the deltas of the world.

The Foreign Minister made the remarks at the inaugural ceremony of the South Asian Regional Center of Global Center on Adaptation (GCA) in Dhaka on Tuesday.

Former UN Secretary-General and GCA Chair Ban Ki-Moon and ministers from Bangladesh and other countries from the South Asia region joined it virtually.

Dr Momen said Father of the Nation Bangabandhu Sheikh Mujibur Rahman had realized the adverse impacts of climate change long ago and called for greater international cooperation to face the natural calamity in his very first speech at the United Nations General Assembly in 1974.

"Cause of climate change is global, so naturally the solution requires a global initiative. Today’s inauguration of the GCA South Asia Regional Office in Dhaka is an important part of that collective initiative," said the Foreign Minister.

In 1970, during a devastating cyclone, almost half a million people perished.

"But due to our cyclone and Disaster Preparedness progress in 2009 although we faced similar devastating cyclone and tidal waves, only 190 people died," said the Foreign Minister.

During the establishment of the GCA South Asian regional office in Dhaka, the Ministry of Foreign Affairs was closely associated with other stakeholders including GCA HQ and it would continue to do so in the future, Dr Momen said.

"We hope to receive the necessary support from the international development partners in our efforts as it is very easy to achieve and demonstrate climate resilience successes in this region," said the Foreign Minister.