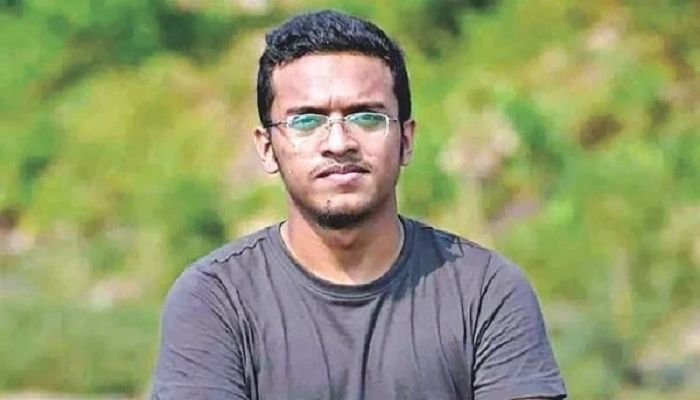 ﻿A tribunal in Dhaka is all set to hold the indictment hearing against 25 accused in connection with the killing of Bangladesh University of Engineering and Technology (BUET) student Abrar Fahad in October last year.

The tribunal also directed the jail authorities to produce all the twenty-two accused, now in jail custody.

Abrar, a second-year student of the electrical and electronic engineering department of BUET, died after he was brutally beaten allegedly by some Chhatra League men at Sher-e-Bangla hall of the university in the early hours of October 7, 2019.

The incident triggered a firestorm of protests on campuses across the country. Many took to social media to demand justice for Abrar.

Amid protest on the campus, Buet authorities October 11 banned all political activities on the campus and suspended 19 students, mostly leaders of the university's BCL unit who have been made accused in the Abrar Fahad killing case.

On November 13 last year, detectives submitted a 105-page charge sheet against 25 Buet students in connection with the murder case.

Of them, 22 accused were earlier arrested and they were remanded several times. During the investigation, eight of the accused gave confessional statements to magistrates on different dates.

Three of the accused have been absconding since the incident.

Following the charge sheet, the court had issued arrest warrants against them. The court also ordered to publish advertisements in two national dailies asking the three fugitives to appear before the court within a stipulated period.

But the three fugitives were yet to surrender before the court.