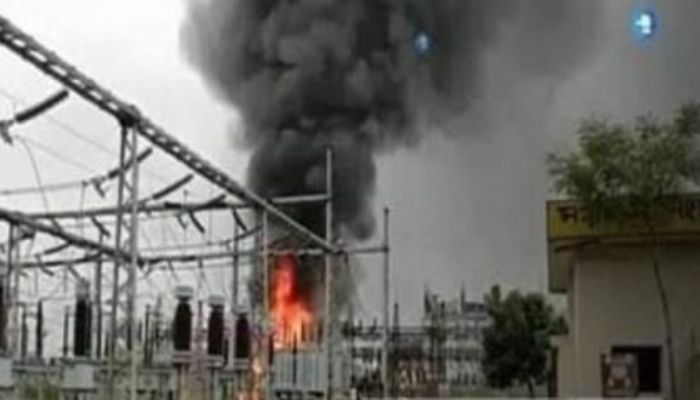 ﻿At least four districts in Mymensingh division were hit with a power outage after a national grid substation in Kewatkhali caught fire again on Thursday morning.

The fire broke out at the 132/33 KV grid substation at around 10:30am. Being informed, two units of Fire Service rushed the spot and doused the fire, Deputy director of Mymensingh Fire Service and Civil Defence Abul Hossain said.