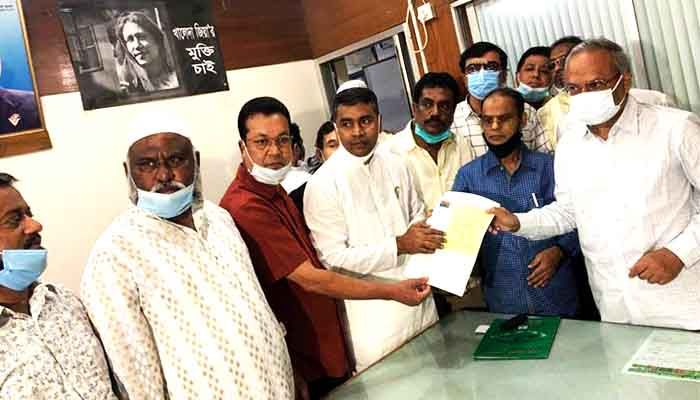 ﻿Nineteen aspirants have purchased BNP's nomination forms on the first day to contest in the upcoming by-polls to 4 parliamentary seats in Dhaka, Naogaon and Sirajganj.

Earlier in the morning, the party started selling nomination papers for the by-polls to Dhaka-18, Dhaka-5, Sirajganj-1 and Naogaon-6 at its Nayapaltan central office in the capital.

Five candidates have bought nominations for Dhaka-18, two for Dhaka-5, three for Sirajganj-1 and nine for Naogaon-6, According to the party sources,

The aspirant candidates will be able to buy and submit nomination forms until 5:00 pm on Friday, he said.

The party's nomination board will interview the aspirants at 5:00 pm on September 12 at BNP Chairperson's Gulshan office to pick the most suitable candidates for the by-polls.

The by-election to Pabna-4 will be held on September 26 while Dhaka-5 and Naogaon-6 on October 17.

However, the Election Commission does not announce the schedule for the by-election to Sirajganj -1, Dhaka-18.

BNP has earlier nominated Habibur Rahman Habib to run for the by-election to Pabna-4.