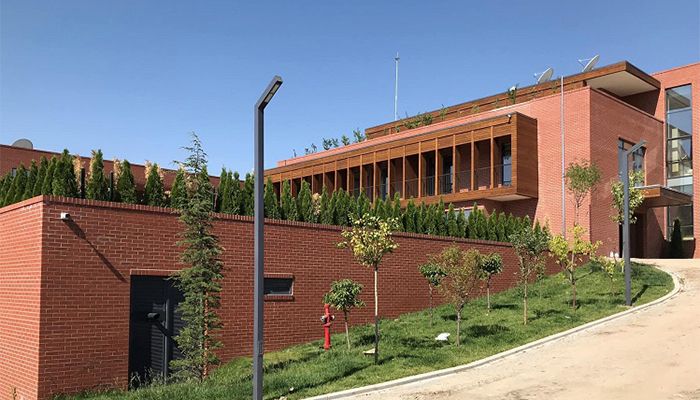 A press release from the Bangladesh Embassy in Ankara said Bangladesh Foreign Minister AK Abdul Momen and his Turkish counterpart Mevlut Cavusoglu are expected to remain present at the complex during the virtual inauguration.

The construction of the Bangladesh Chancery Complex in Ankara was successfully completed on 3 September at the cost of Tk  45.76.

While Tk. 2.26 Crore was refunded by the Bangladesh Embassy in Ankara after the successful completion of the 'Bangladesh Chancery Complex in Ankara' project.

As reflection of Bangladesh’s history of independence, Bust of the Father of the Nation Bangabandhu Sheikh Mujibur Rahman and Shaheed Minar were also installed at the Complex.

The refection of the atmosphere of Bangladeshi architecture was ensured by the use of red bricks in the buildings façade and the use of flat roof.

A Foreign Minister-level Protocol on the Exchange of Land Plots for Diplomatic Missions between Bangladesh and Turkey was signed on 14 November 2010, in Dhaka.

The Protocol paved the way for acquisition of land plots mutually exchanged between the two countries for construction of diplomatic missions in their respective capitals.

Later, in 2012, Prime Minister Sheik Hasina laid the foundation stone for the project 'Construction of the Bangladesh Chancery Complex in Ankara' and the Bust of the Bangabandhu Nation Father Sheik Mujibur Rahman at the site in the Diplomatic Zone of Oran, Ankara, Turkey during her 2012 visit to Turkey.

The implementation of the Project received a renewed boost after M. Allama Siddiki, Ambassador of Bangladesh to Turkey and current Project Director took charge of the Mission at the end of 2015.

The much-awaited ground breaking for the construction was done on 18 September 2018.

The construction was underway in full swing after the ground break, promising to end 05 months before the stipulated 18-month completion deadline, i.e. 11 March 2020.

The building, however, suffered heavily in two winters due to snowfalls, and later, the ongoing COVID-19 pandemic.

Despite these hurdles, the Embassy could manage to complete the construction within 20 months of the ground breaking-02 months more than the completion deadline.