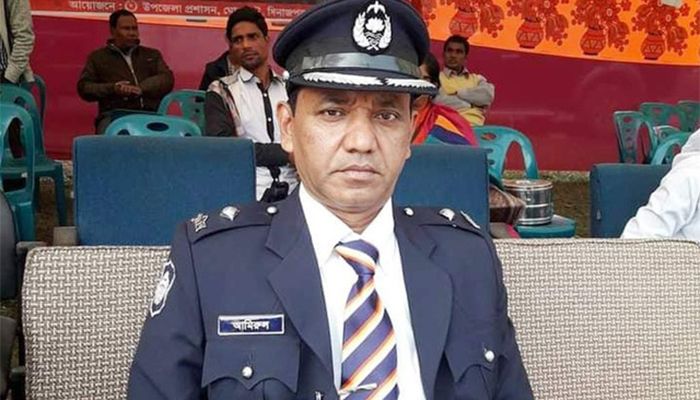 The government has removed Ghoraghat Police Station Chief Amirul Islam from service for alleged negligence nine days after the attack on UNO Wahida Khanam in Dinajpur.

Unknown assailants broke into Wahida 's home in Ghoraghat Upazila Parishad through a ventilator and wounded Wahida and her father, Omar Ali, on the night of Sep 2.

Wahida has been seriously wounded by a hammer and is now under treatment at the National Institute of Neurosciences and Hospital.

Wahida’s brother Sheikh Farid started a case against unnamed assailants with Ghoraghat Police Station over the incident, accusing them of attempted murder.

The Rapid Action Battalion arrested three suspects in connection with the attack saying it happened during a ‘burglary’. The elite police unit said the trio alleged, during the initial questioning, that they had broken into the home of the UNO with an "intent to steal valuables."

When asked about the progress of the investigation, SP Hossain said, “Everything will be revealed at the appropriate time.”