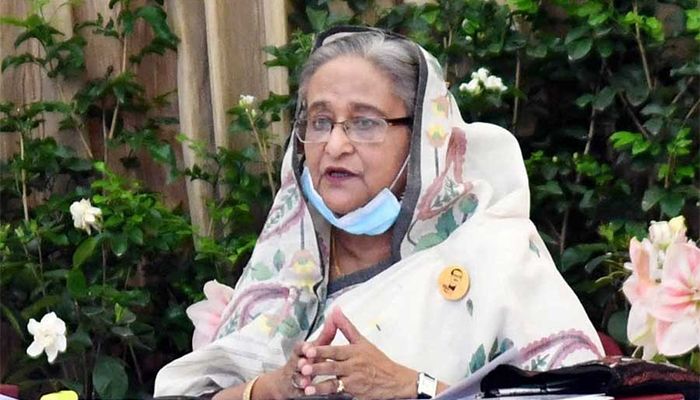 Prime Minister Sheikh Hasina said Thursday that the government is ready to procure Covid-19 vaccine from the country where it will be first developed.

"Different countries are trying to develop vaccines (of COVID-19). We've heard about it from many countries, but we've approached all countries (to use their vaccines) and allocated money to that end. We're going to collect the vaccine from where it will be available first, and we're going to use it to immunise people against coronavirus," she said.

The Prime Minister said this while delivering her speech at the Ninth Session of the current Parliament, reports UNB.

Mentioning that the government had begun its push to collect the vaccine, she said that she would be able to get it from the place where it was first invented. "We're sincere enough about it ."

Sheikh Hasina said that the government has been planning to monitor coronavirus from the start of its outbreak in the country and has been able to provide adequate medical care to Covid-19 patients and keep the death rate under control.

The Prime Minister said the government spent a huge amount of money in combating Covid-19 considering that the lives of people will have to be saved through many are finding irregularities here.

"Money was spent like water ... there may be many who keep searching for corruption here, but it wasn't my concern how much money was spent and how much system damage it was. Our concern was only to save people's lives. Our focus was how to protect people by taking measures. Since we did that, we've been able to control the situation to a large extent," she said.

Sheikh Hasina said the government announced various stimulus packages for different sectors to offset for the Covid-19 fallout in order to keep the wheels of the economy turning and ease people's suffering. "The total of 21 stimulus packages is Tk 1.13 trillion, or 4.03 per cent of GDP."

In relation to the Narayanganj blast, the Prime Minister claimed that the mosque was built on unauthorized land over a gas pipeline in an unplanned manner without the permission of the authorities concerned.

It is very unfortunate that many lives were lost in the incident during their prayers in a mosque built without permission, she said, praying for the redemption of the departed souls.

The Prime Minister has asked citizens to create facilities in compliance with the rules and codes to avoid possible accidents.

Talking of the prorogation of the 9th session of the Parliament, the Prime Minister said that no one from the ruling party had the right to speak during that session except on the day of the debate on the motion of condolence.

"This parliament was only of the opposition during the session. They went on talking here. During the passage of bills, the House was dominated by the opposition," she said.