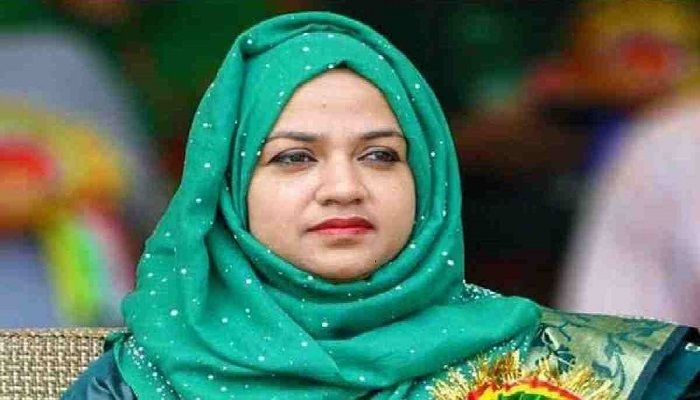 ﻿The health condition of Ghoraghat UNO Wahida Khanam, who was seriously injured in an attack by miscreants which left her right side paralyzed, has improved further, said, doctors.

Dr Mohammad Zahed Hossain, the chief of the Neurotrauma Department of the National Institute of Neurosciences & Hospital, said this during a briefing on Saturday.

Her physical condition is improving as she is taking physiotherapy three to four times a day, Dr Hossain added.

''She's now out of danger and has no health complications. We'll keep her in observation for a few more days as her physiotherapy is underway,'' he said.

Replying to a question, Dr Zahed said they have not decided yet to shift her to a bed or cabin from the High Dependency Unit. ''Now she's not shifted her to any cabin as visitors may crowd there, triggering the infection risk.'' he said.

Ghoraghat Upazila Nirbahi Officer Wahida and her father Omar Ali were seriously injured in an attack by miscreants at her home on the Upazila Parishad premises on September 3.

They were taken to Rangpur Medical College and Hospital first.

Later, the UNO was airlifted to Dhaka. She is currently undergoing treatment at the National Institute of Neurosciences & Hospital.

Earlier on Friday, Amirul Islam, the officer-in-charge of Ghoraghat Police Station, was withdrawn for the negligence of duty over the matter.

Meanwhile, police arrested 10 suspects, including the prime accused, in a case filed over the attack.