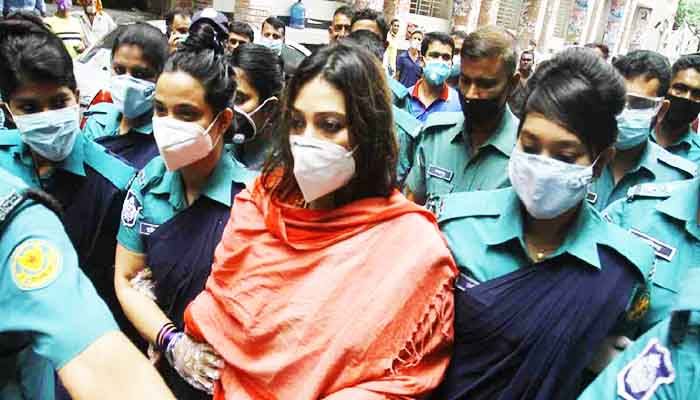 ﻿The High Court (HC) on Monday directed the subordinate lower court to provide JKG Healthcare Chairman Dr Sabrina's lawyer relevant documents based on which the case was filed against her.

Justice M Enayetur Rahim and Justice Md Mostafizur Rahman passed the order after a petition was filed by Sabrina.

Tuhin told the court that the main allegation in the case is issuing fake coronavirus test reports.

''We appealed to the subordinate court for the fake reports but the court dismissed our plea. An application was later filed in the high court seeking directives to provide the documents. The court ordered to give us documents attached to the charge sheet,'' he said.

JKG Healthcare reportedly provided 27,000 coronavirus reports without following proper test procedures while most of them turned out to be fake.

On August 20, a Dhaka court framed charges against Sabrina and seven others in the case.

On the day, an appeal was filed with the court to provide the documents but the court rejected it. Later, they filed the petition with HC.

In the petition, Sabrina sought a stay on the trial proceedings of the case against her.