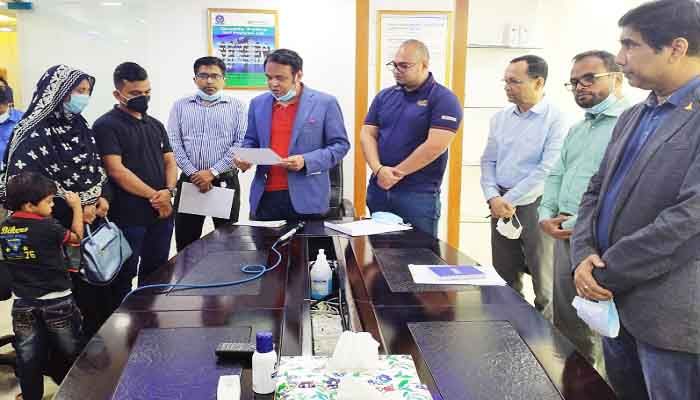 ﻿The publicly-traded company, Saif Powertec Limited gave a helping hand to the family of Md Abul Bashar Molla, who died in the recent gas explosion in a Narayanganj mosque.

The company will keep donating Tk25,000 each month for the next 2 years so that the family can overcome it's financial hardship following the only earner's demise, said a statement by Saif Powertec on Tuesday.

Company officials said a media report reflecting the family's need for financial support helped them notice the matter and the company decided to help the dependents' pay their bills for basic needs including the education of kids.

The engineering support and services company has emerged as a socially responsible corporate citizen in the last couple of years. In the wake of the pandemic this year it further extended its arm of humanity being its participation in the prime minister’s relief fund, donating oxygen cylinders or protective equipment to hospitals.

Besides, the Saif Powertec contributed Tk2crore to the Prime Minister's Relief and Welfare Fund recently to help fight the virus.